The Bitcoin mining industry has seen strong growth recently due to an increase in mining technology. China’s position since the start has propelled it at the forefront of this industry. Although this has caused debates over mining centralization, China’s position is undisputed. With the entry of exchange driven mining pools and the halving slated to happen in a couple of hours, the exchange-controlled pools might increase their share of the hashrate.

Recently, Binance announced the launch of the Binance pool and so did Huobi. However, since their launch, both the pools have risen to the leaderboards. Binance hit the top 10 ranks, however, it was for a brief moment. At present, the Binance pool is contributing about 1.6% of the Bitcoin hashrate, while Huobi at 4.8% 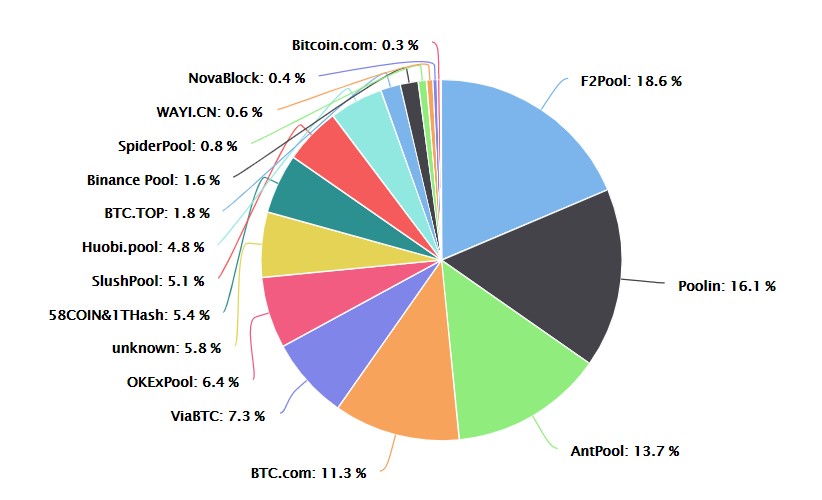 In the last 24 hours, the Binance pool contributes 0.6% of the hashrate while Huobi at 3.4%. Comparing this to the hashrate contribution 3 days ago shows that Huobi’s hashrate decreased by 8%, while Binance’s by 53%.

This decrease can be explained by the price drop that took place on May 10, causing longs worth $250 million to be liquidated. Additionally, this price drop created one of the biggest gaps in the Bitcoin CME Futures charts.

The drop in hashrate for the pools is different and can be assumed that the pools have miners with machines that are less efficient, like Bitmain’s S9 miner, which are being used a lot in places with access to cheap electricity. Since Binance’s drop in hashrate is higher as compared to Huobi, this could indicate that more inefficient mining equipment is present in the Binance mining pool.

However, an interesting observation is that for the top mining pools, F2Pool and Poolin, their share of the hashrate increased during the last three days while exchange controlled mining pools’ share dropped. It should be noted that this was for a price drop of $1,000, however, after halving as the reward halves, a significant number of inefficient miners are likely to switch off their miners. More so, the price of BTC doesn’t seem to be concluding its price drop, at press time, BTC has dipped by at least 2.12% in the last 3 hours and a further dip can be expected.

Hence, a takeaway here could be that the exchange-driven mining pools, especially the Binance pool are likely to face a significant drop in hashrate post-halving. However, Huobi seems to have efficient mining equipment hence, the drop will not be as much.