The emergence of digital currencies like Bitcoin and other altcoins has given birth to numerous opportunities in the traditional and crypto-community. However, many institutions have been reluctant to embrace the world of digital assets, says a recent study. The research report released by Acuiti, in partnership with Bitstamp and CME Group, revealed that current adoption rates remain very low.

Senior executives from the buy-side, sell-side, and proprietary trading groups, specializing in traditional derivatives trading, clearing, and execution were the ones surveyed by Acuiti. It was revealed that less than a fifth of traditional firms is using trading digital assets such as Bitcoin and Ether. 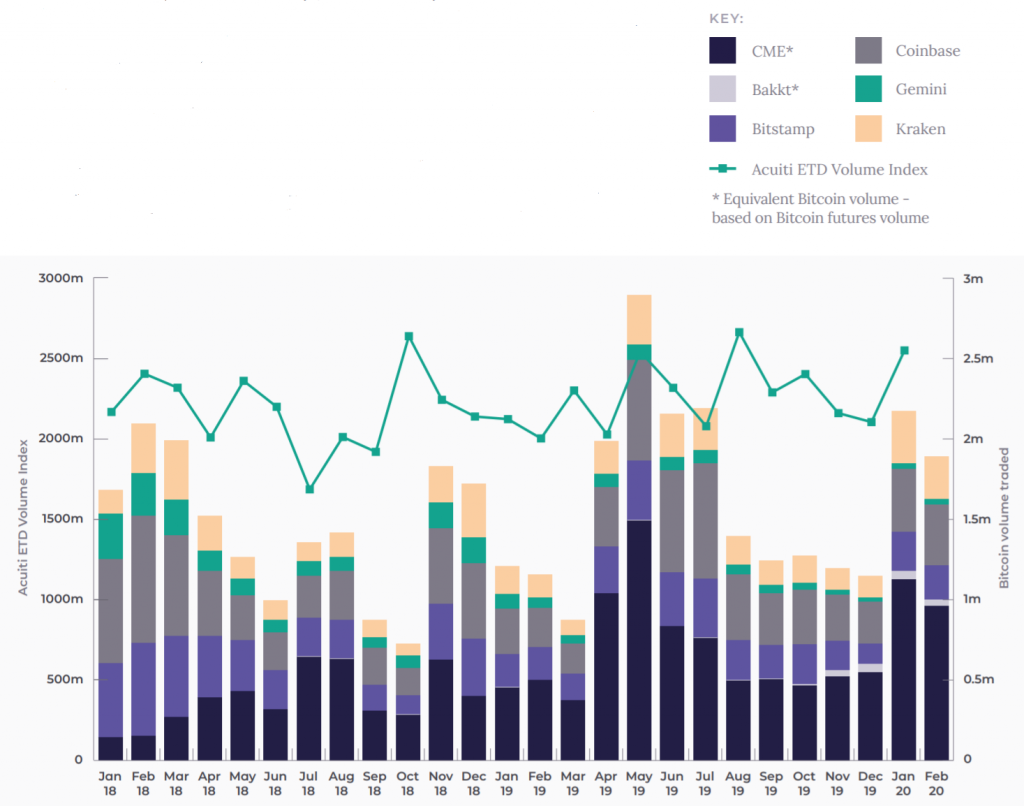 The survey also found out that 26% of sell-side service providers opted for digital asset adoption, while only 17% of traditional trading firms opted for digital asset trading. As seen in the above chart, the trading volume, which was at its peak in May 2019, has seen a gradual drop. However, the survey identified that there is a growing demand for traditional trading firms, at the moment. 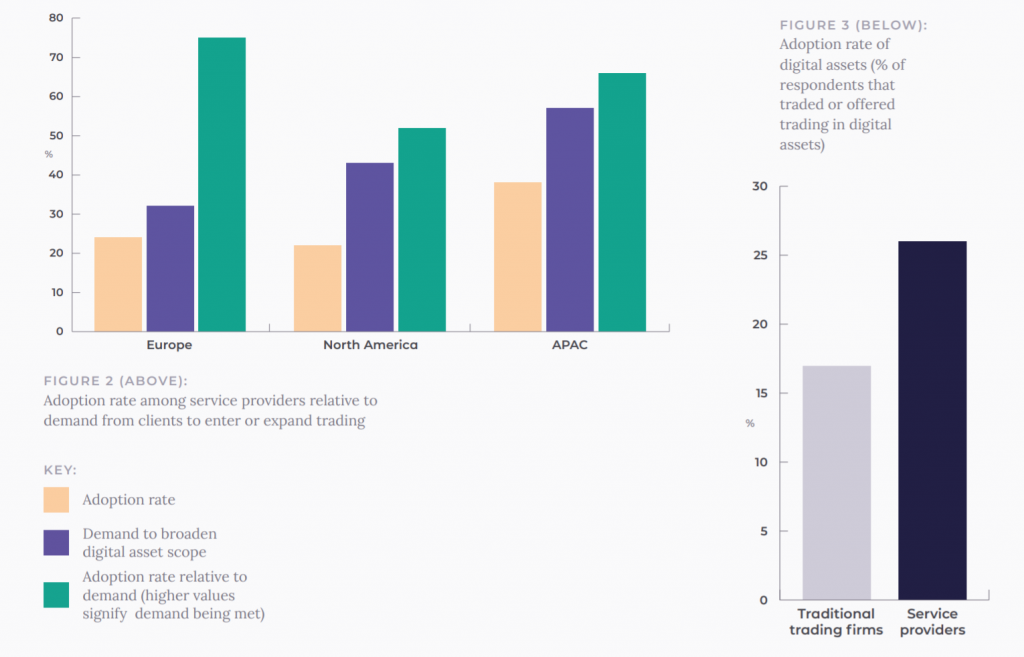 The adoption rate among service providers relative to demand from clients to enter or expand to trading has been on the rise, and as seen from the attached chart, it can be noted that Europe, on the whole, has been leading in terms of institutional crypto-adoption.

Bitfinex CTO Paolo Ardoino in a recent interview was of the opinion that since crypto is a new and unregulated market with many crypto-exchanges being victims of hacks, a new approach is required to offer crypto-custody solutions, which in turn would increase institutional adoption.

Additionally, distributed liquidity, limited hedging tools, limited fiat support, and unregulated crypto-exchanges might be some of the other major reasons hindering adoption at the moment.

In the Acuiti survey, all respondents were asked to choose their top three concerns regarding crypto-adoption. It was found that major concerns voiced by traditional trading firms included, ‘security of exchange/fears over hacking,’ ‘custody,’ and ‘high margin requirements.’

The main concerns of service providers, however, differed from those of trading institutions. ‘Limited client demand’ drove the hesitancy from brokers to expand crypto-coverage.

For banks and non-bank FCMs, concerns over ‘AML and KYC of exchanges’ and ‘fear of reputational damage’ were the major reasons behind not offering digital assets or the reluctance to expand offerings to non-traditional venues.

‘High volatility in digital assets’ and ‘Lack of expertise internally,’ factors which hardly featured for trading institutions, were cited as concerns across sell-side respondents.

The research report concluded by arguing that the institutional market would gradually move towards crypto-adoption. The need for greater regulatory clarity that sell-side service providers cited, if addressed, might pave the way for rapid growth.

Putting things in perspective, there is indeed a growing trend of traditional institutions adopting cryptocurrencies in the coming years.