The market bloodbath on 12 March not only had ripple effects across the industry, but left a lot of people questioning the crypto-industry’s fate. In fact, as a consequence of the crypto-market’s fall over 12-13th March, major platforms associated with digital assets registered terrible setbacks. 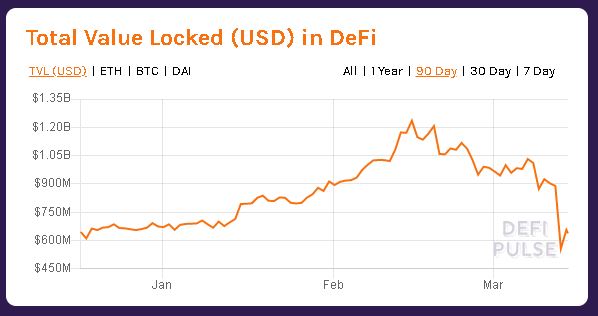 According to data made available by DeFi pulse, the Total Value Locked (TVL) in terms of USD in DeFi significantly dropped over 12-13th March, by more than $300 million. After noting a TVL of around $889 million, the valuation fell down to $556 million on the 13th following the aforementioned market crash. It must be noted, however, that as Bitcoin’s price stabilized, at press time, a minor recovery was recorded on the charts, with a jump up to $656 million. However, the TVL continues to be well below its previous figures this year. 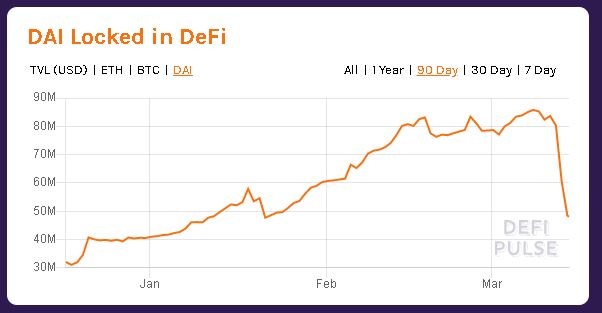 The total amount of MakerDao’s DAI locked in DeFi was substantially affected as the value dropped from $83.64 million to $48 million, at press time. Hence, Maker recorded a depreciation of 9.9 percent over the past 24-hours.

The drop in Ethereum‘s price following Bitcoin’s crash was a real testing period for DeFi’s lending and borrowing period, with MakerDAO going on to consider processing an emergency shutdown, according to a stakeholder’s call on Thursday.

During the aforementioned price crash, DeFi‘s Oracles, which sends price feed information to traders, were not able to keep up. As a result, Oracles were unable to process precise data to the traders, restricting them from executing trades without paying inflated transaction charges.

In fact, MakerDAO’s protocol was greatly affected due to the Oracle pricing conundrum. MakerDAO’s blog reported,

“The specifics regarding the issue of the price feed delay itself are still under investigation and will be shared and addressed as soon as possible.”

Despite these concerns, however, the blog added that the market was healthy at the time of writing and the discussion for an emergency shutdown was put to rest. With respect to the lost DAI, the protocol will be minting and selling MKR tokens to re-collateralize the system, as per the whitepaper. 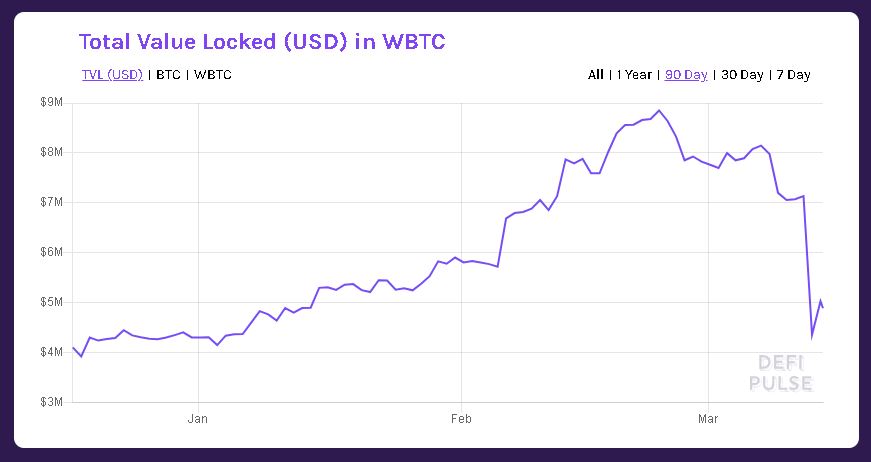 The collapse affected Total Value Locked in WBTC as well, as the TVL dropped from $7.138 million to $4.36 million. With the DeFi platform evidently rocked by the crash, the MakerDAO believes that the ecosystem has been resilient against the turmoil, with the situation set to return to normalcy over time.