Ethereum’s price has maintained a consistent uptrend since the start of the year. The coin that was trading at a low of $132.1 on 1 January has since posted YTD gains of 102.84% and was priced at $267.9, at press time, after a minor correction.

As its bullish momentum remained intact, Ethereum Options on the Panama-based cryptocurrency derivatives exchange Deribit also witnessed a spike in volume to $6.5 million on 24 February. Additionally, the volume is expected to increase over the day. According to the latest chart from the cryptocurrency derivative analytics firm Skew Markets, Ethereum Options volume stood at $2.2 million the previous day. 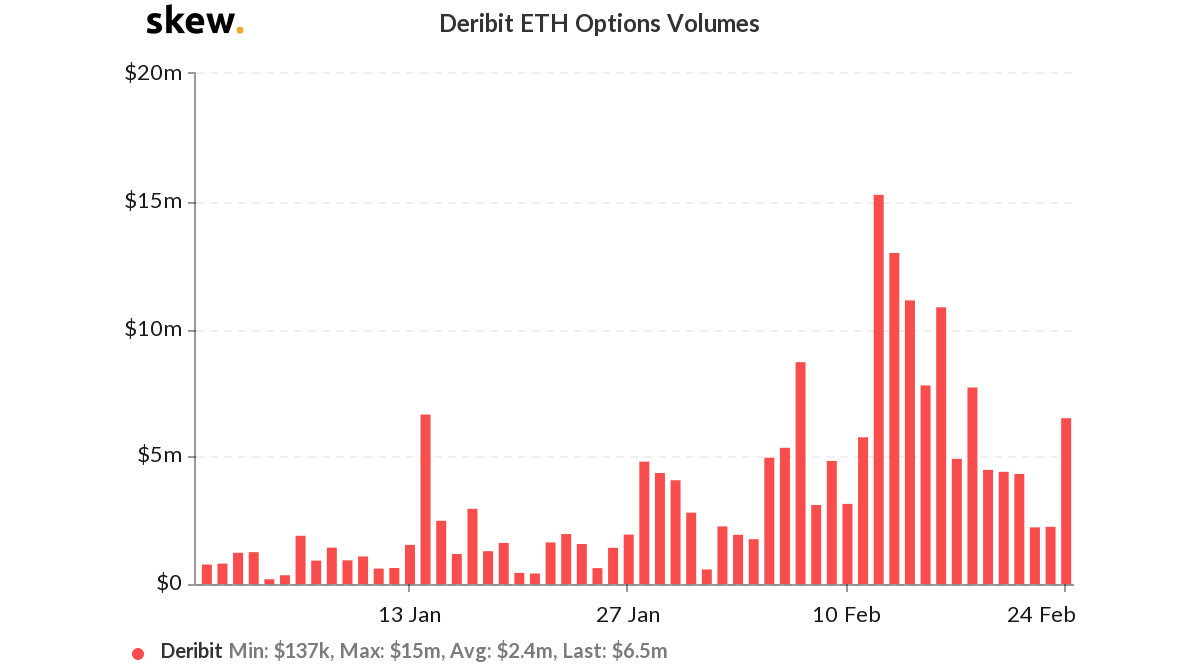 The figures on Deribit are on a decline after it hit an ATH with $15 million on 12 February 2020. Following this, the volume declined by over 67% five days later. The news of Deribit launching Ethereum daily Options did manage to catapult the volume figures to $7.7 million on 18 February, however, it fell briefly before rising again on 24 February.

Further, the Open Interest [OI] depicted by the Skew chart was largely stagnant for the day. This was indicative of the fact that traders on Deribit did not open any new position, but were trading on their existing ones. 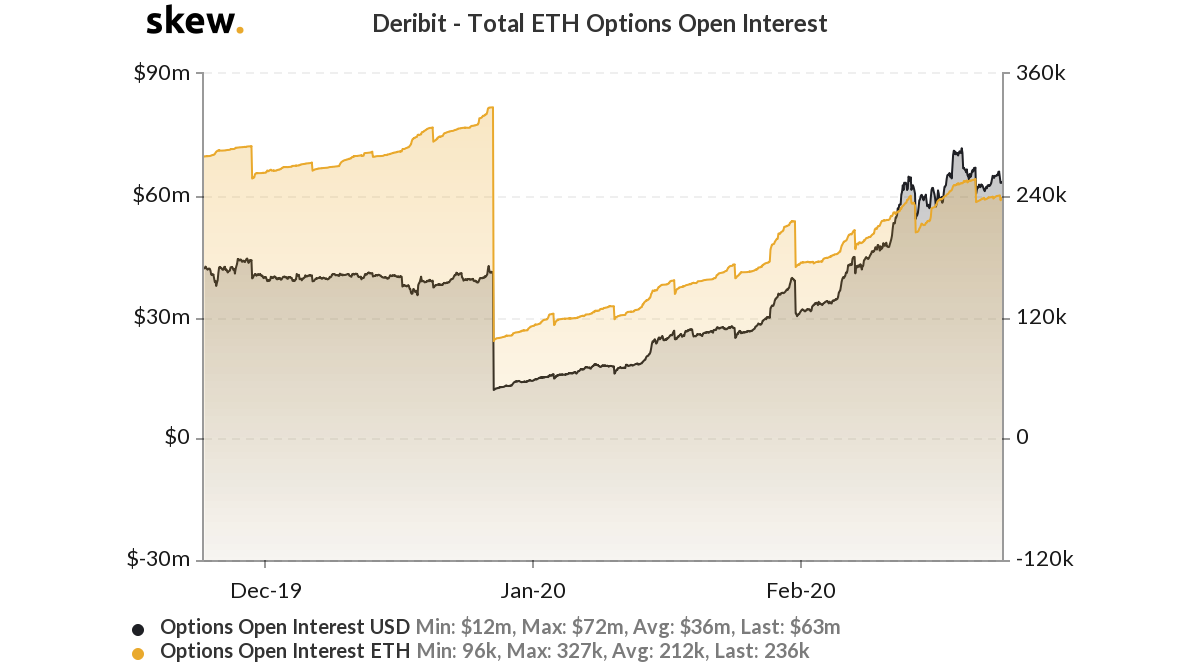 Two steps forward, one step back

The OI for the Ethereum Options chart depicted an interesting pattern. An increase in Open Interest was followed by a pullback. Each long position made by the trader was found to be during a price surge and as the price began falling, the traders closed their positions. This also occasioned with the volume which dropped after every pullback.

Skew had previously noted that traders are expected to see increased volatility in Ether, more than Bitcoin, over the next 180 days as the implied volatility spread was observed to be at a six-month high.

Based on the massive increase in Ethereum’s price in 2020, both spot, as well as derivatives volumes, have gone up considerably this year and the uptick in Implied Volatility spread in Ether-Bitcoin implies fierce action over the next few months.