Over the last month, Ethereum’s gas prices have been surging faster than Bitcoin’s price. The average gas price increased 3X since the start of May. The reason for this surge is similar to when CryptoKitties was famous – network congestion. However, what’s causing network congestion is interesting as according to a Twitter user, it is an MMM scheme.

Ethereum is going through a major shift in its working. In fact, it wouldn’t be an overstatement to say that Ethereum is evolving, especially, considering its shift from PoW to PoS. While those plans have met a lot of headwinds lately, it is underway nonetheless.

As seen in the attached chart, the gas prices rose from $0.14 to $0.55 between 1 May and 15 May. The median transaction fee also increased from $0.069 to $0.244, a 253% increase. Since gas prices are important, a lot of transactions are being processed with high fees, adversely affecting projets. DeFi projects which make use of self-executing smart contracts are facing the brunt of the high fees.

The MMM scheme, as pointed out by the Twitter user, is using Paxos as a reward system. These addresses consume 8.5% of all the daily gas, while the second-largest address uses only 1.66%. Additionally, the network utilization of Ethereum rose from 70% on 30 March to 91%, at the time of writing, showing that the network is getting increasingly congested. 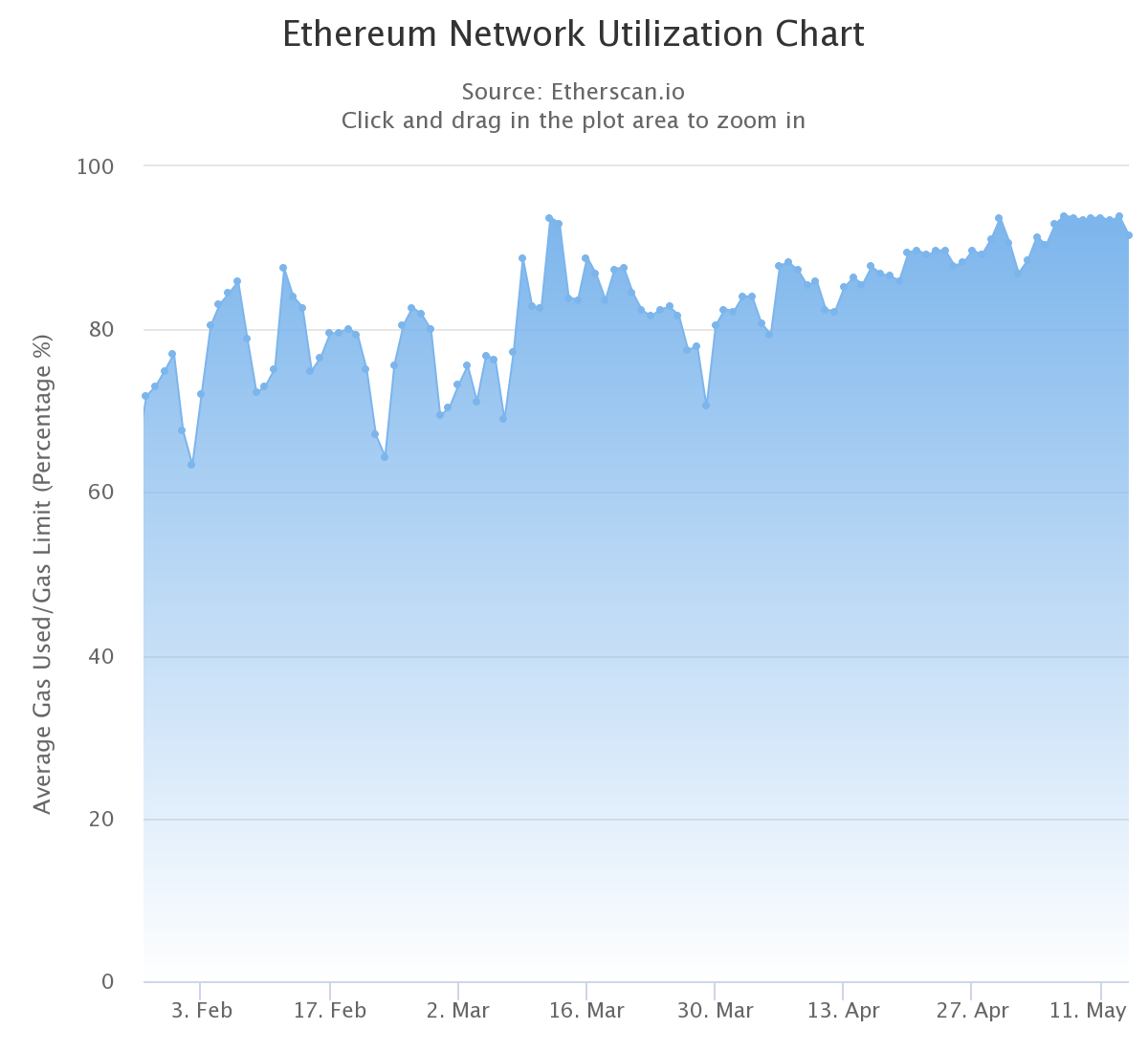 Further, the staking rewards for some projects is also getting delayed owing to high fees. DeFi rates’ stated,

“At the time of writing, claiming SNX staking rewards on Mintr is estimated to cost $5.62. This means anyone staking less than ~1500 SNX (or roughly $1000) would be paying more to claim their rewards than the rewards are actually worth. The interesting thing about how staking rewards work on Synthetix today is that fees must be collected once every 7 days. If they are not collected, they are forfeited and rolled over into the fee pool.”

Hence, making it pointless to stake on Synthetix due to surging gas prices. As of writing, the address belonging to the MMM scheme held over $4.4 million worth of Paxos.