Cryptocurrencies have been around for over a decade and over its years of existence, the mainstream media has covered this burgeoning industry through an array of lenses, not all of them very civil. The fear of the unknown was often on display as most narratives regarding cryptocurrencies such as Bitcoin included associations with the Dark Web and the infamous Silk Road website. In other words, cryptocurrencies were either looked at with amusing novelty or rubbished as the Internet’s next ‘Ponzi scheme.’

Today, media coverage for cryptocurrencies continues to be extremely polarizing as it navigates a fine line between critique and outright suspicion. Executive Editor of News for Bloomberg Digital, Joe Weisenthal, in his interaction with Ryan Selkis, spoke about what his observations were with regards to crypto and Bitcoin coverage by Bloomberg and other media houses’ newsrooms. He said,

“There are a lot of people in the media who are still because it’s so new and different, don’t have the familiarity to like sniff out like what’s real, what is actually substantial, what’s just vaporware, what’s just someone just trying to sound cool.”

Weisenthal also highlighted how most cryptocurrencies don’t neatly fit into one asset class; with some both currencies and commodities. This further adds to the complexity when media narratives are created around it. He said,

“You know, it doesn’t fit into neatly any existing asset classes, Digital gold is a reasonable analogy, but obviously it’s not airtight cause all kinds of differences.”

Is the FUD grounded in reality?

While mainstream media houses are quick to pounce on any crime that is related to or bears any connection to crypto, a recent study by Chainalysis proved otherwise.

According to the report, criminals accounted for just 1.1% of cryptocurrency transaction volume in 2019. Out of a trillion US dollars transacted, the percentage of crypto used in illicit transactions showed that cryptocurrencies are not really proper accessories to incidents of crime. 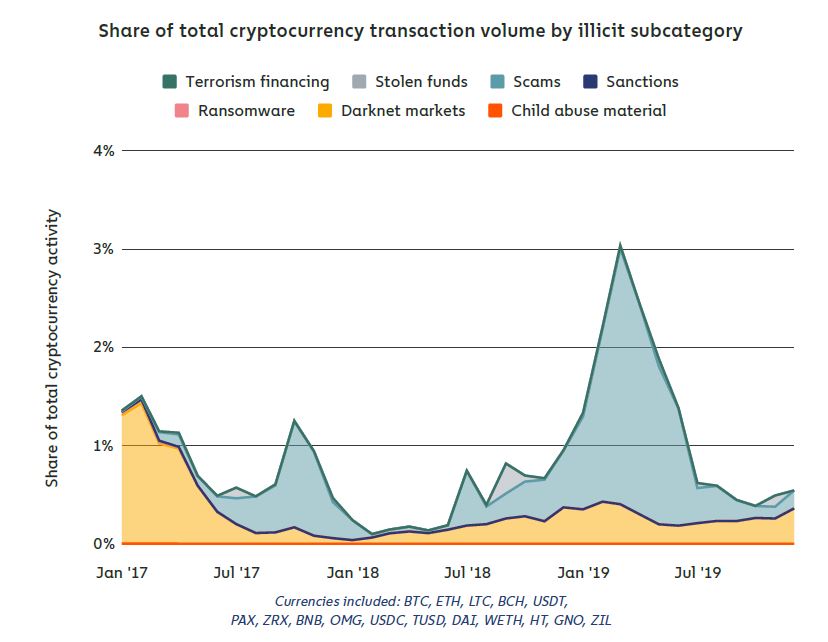 According to Chainalysis’s report, crypto-crime is starting to look a lot like ‘white-collar crime.’ It read,

“When you think of white-collar crime, you probably think of a small cadre of executives abusing the powers of their position or acting on privileged information to enrich themselves. Believe it or not, crypto crime functions in much the same way.”

Did fear prejudice and color the crypto-narrative?

If one were to talk about white-collar crimes within the traditional finance sector, rarely would the solution be to shut down the ‘banking’ sector itself. Unfortunately, crypto hasn’t been so lucky.

Many view the technology itself as the enabler of the crime, with the same furthering one’s biases against the ecosystem and its users. However, in most markets around the world, perceptions have changed rather dramatically over the past few years after cryptocurrencies, most notably Bitcoin, exploded on to the scene. 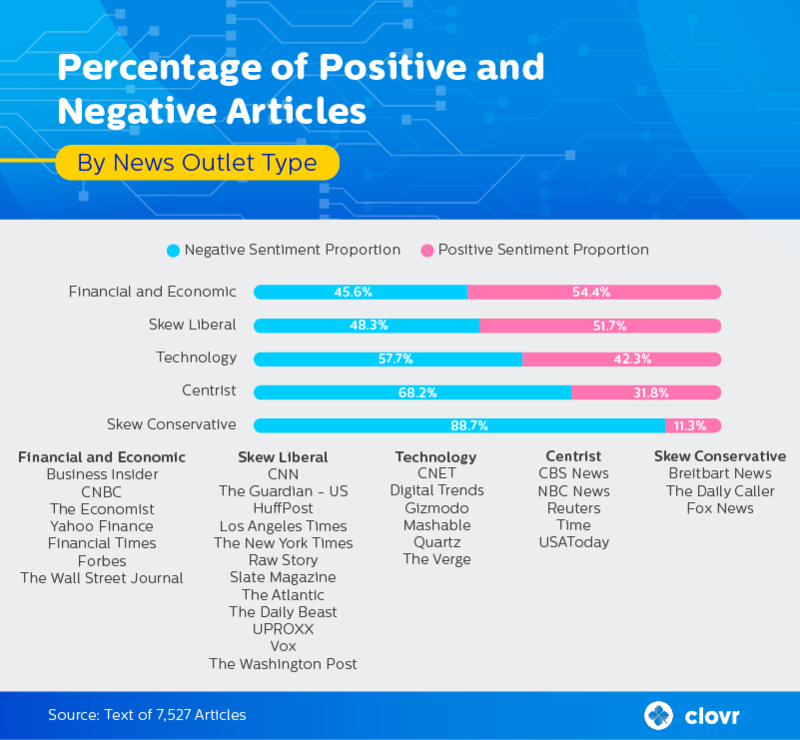 On analyzing data from between 2013 and 2018 regarding media sentiment involving cryptocurrency coverage, a report published suggested,

“On the major news sites that covered cryptocurrency most often, coverage was highly variable. Business and finance outlets that skew toward a younger audience, such as Forbes and Business Insider, had coverage that was consistently above the overall median for the positive sentiment.”

What changed in the past decade?

Over the course of the past decade, the sentiment surrounding crypto has evolved, just like the industry. Understanding blockchain, the technology which cryptocurrencies are powered by, has made quite a difference. In fact, in some quarters, the use of the term ‘blockchain’ today is more of a catchphrase. The decoupling between Bitcoin and crime happened over time, and the same was accelerated by a handful of countries with poor economies and devalued fiat currencies embracing Bitcoin and revealing to the world that Bitcoin and crypto can provide relief to many.

As more use cases pertaining to the censorship-proof nature of Bitcoin began to spread and uses case for crypto in terms of economic and humanitarian crises began to gain traction, media narratives also began to slowly change.

To conclude, over the past few years, crypto-narratives propagated by the media tend to be closer to the ground reality of this decade-old industry. While it is important to call out a scam, it is also important to dispel the predominant myths. With demand for crypto rising, lawmakers are now keen to satisfy that demand, and greater adoption is likely to eventually normalize crypto in society and in newsrooms in the coming years.