All is not well with the cryptocurrency exchange and derivatives platform – BitMEX. As fear gripped the global market, its effects were reflected in the prices of cryptocurrencies as well. Due to the massive sell-off that was sparked by the great fall of 2020, BitMEX was again at the center of something significant.

The dominance of this derivatives platform had shown signs of dwindling lately, with the latest Skew chart confirming that this trend might be here to stay. According to the latest chart by the Skew markets, cryptocurrency exchange Binance outperformed BitMEX in terms of 24-hour exchange Bitcoin Futures volume. At press time, BitMEX’s volume stood at $2.44 billion, while that of Binance stood at $2.47 billion. 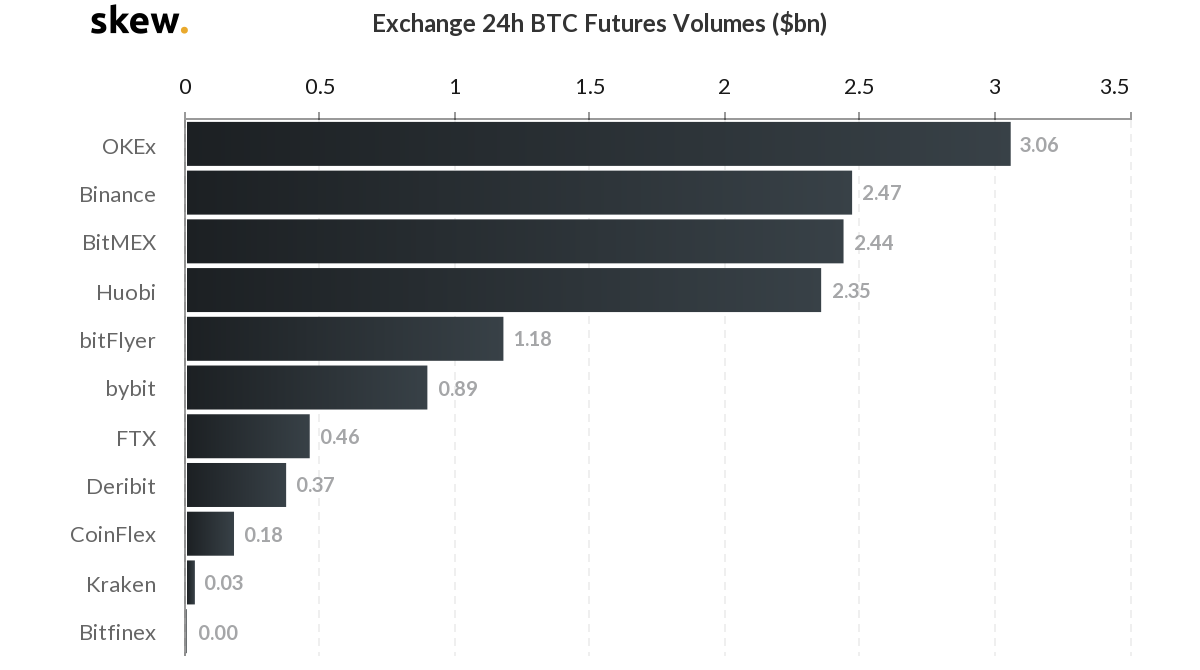 In Binance’s Futures monthly trading report, the platform had revealed that both volumes, as well as Open Interest, were on the rise. However, this was not the case with BitMEX. AMBCrypto had previously reported on the depreciating OI on the Arthur Hayes-led BitMEX.

Open Interest for Bitcoin on BitMEX has taken a plunge of 45% since 12 March, with the platform registering a fall in OI, from 124k to $67k, on 22 March. Minor spikes were noted on the Skew chart for Open Interest on BitMEX on 13th and 16th March when the figures went up to $117k and $82k, respectively. However, it failed to maintain an upward trajectory.

BitMEX was previously outpaced by its long-time rival OKEx. Binance is the second platform that has eclipsed the once-dominant player in the cryptocurrency market. Binance Futures volume first surged past that of BitMEX on 21 March this year, when the former’s volume stood at $2.4 billion while that of the latter was at $2.3 billion.

While the B/O spread on BitMEX has decreased by 67% since 13 March, Binance’s B/O spread was down by 72%. There has been a significant decrease in terms of the Bid and Offer spread on both the platforms, indicative of gradually increasing liquidity. However, despite the fact that BitMEX remains the most liquid platform, Binance has been quick to follow its lead.

Soon after, a brief respite for BitMEX’s Bitcoin Futures witnessed buyers pouring into the market and going long on the coin, with the Sell Liquidations surging again. According to Skew, BitMEX’s platform reported total liquidations of a whopping $181 million, with $64 million being the Buy liquidations and a major $118 million were found to be Sell liquidations. 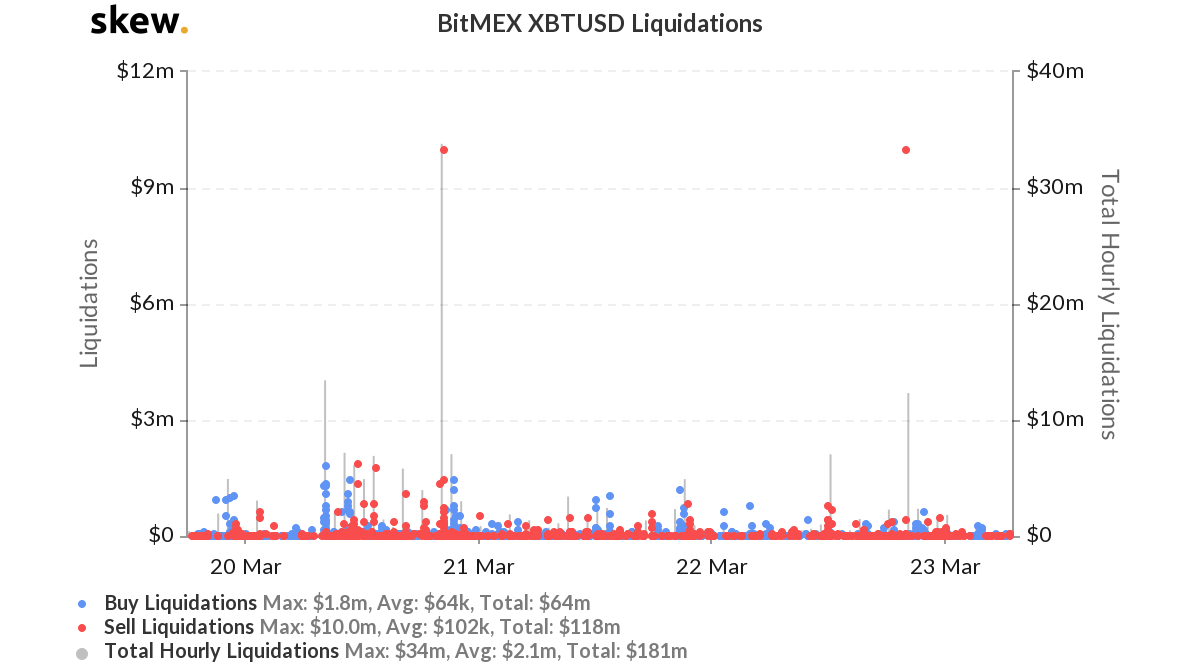 The Arthur Hayes-led platform has been treading these troubled waters for some time now. There has been a deluge of liquidations this past week on BitMEX. The platform had blamed it all on the two distributed denial-of-service [DDoS] attacks which, according to BitMEX, delayed or prevented requests going to and from the platform, causing direct disruption to users, while spreading fear among its traders.