Bitcoin’s halving is just 51 days away, but the debate on Bitcoin‘s price gain/loss post the big event has been going on for a long time. While some people believe that the halving is already priced in, others are of the opinion that the halving might result in the price of the world’s largest cryptocurrency.

For context, the halving happens every four years and it reduces Bitcoin’s block reward by 50%. The upcoming May halving will reduce the block reward from 12.5 bitcoins per block to 6.25 bitcoins per block, and supply inflation from 3.72% to 1.79%. In fact, a recent Kraken report had noted that this would be the first time Bitcoin’s inflation rate would fall below the 2% inflation target used by most central banks for their respective fiat currencies. 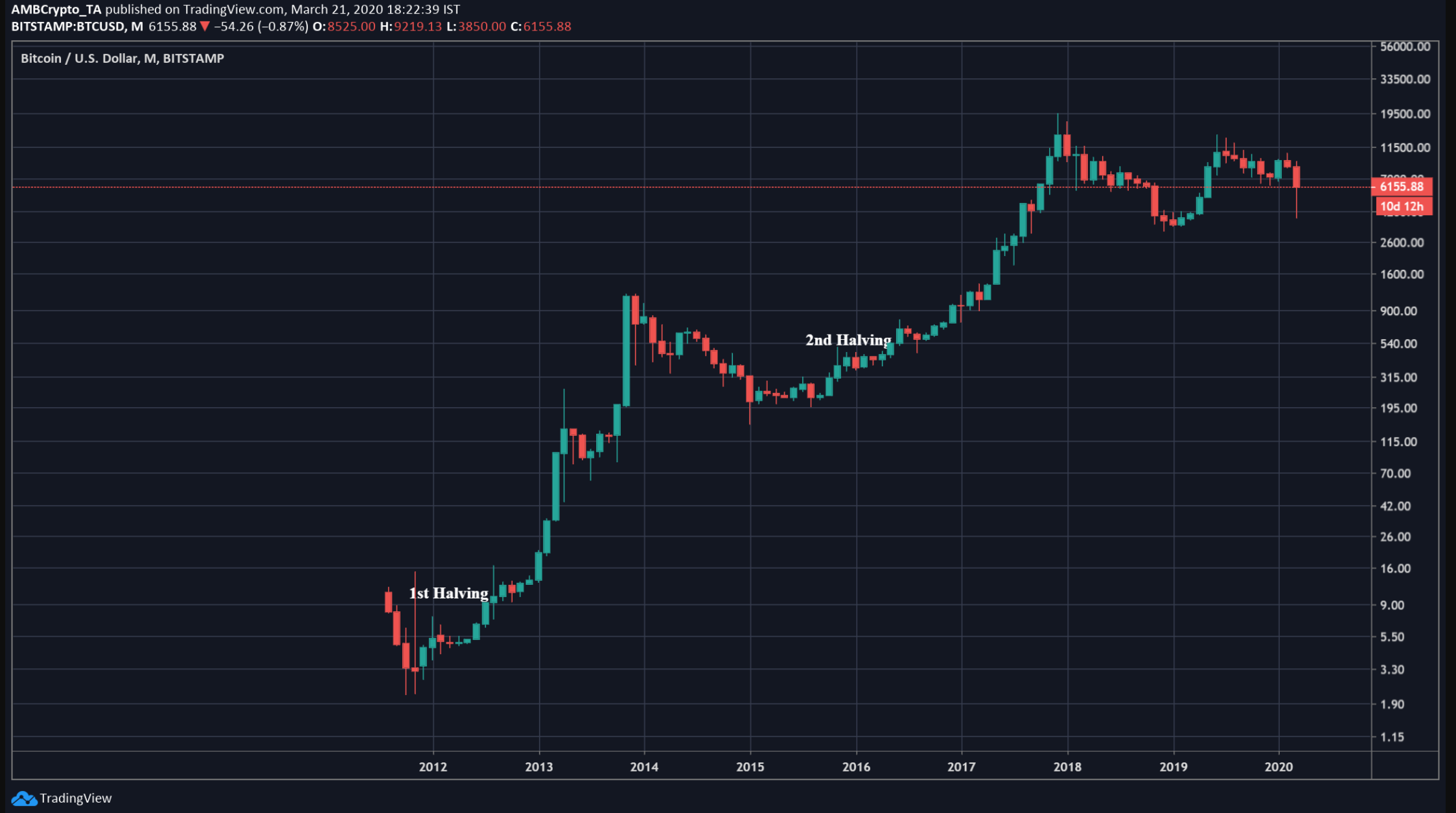 Data suggests that Bitcoin’s price has always recorded bullish movement over the long-term, post its halving events. Alas, the coin might not follow the same pattern this year, given the economic fallout caused by the COVID-19 pandemic. However, with many institutional investors entering the crypto-market in recent times, the impact of 2020’s halving might possibly explain whether previous Bitcoin price increases were in fact caused by the block reward halving, or if they were merely a coincidence.

Popular trader Peter Brandt recently tweeted that the impact of the block reward halving is less relevant for Bitcoin’s (BTC) price. He referred to Bitcoin’s halving as ‘Grossly overrated.’ In fact, just a few days ago, Mike Novogratz, CEO of Galaxy Digital, had also noted that when it comes to the direction in which the Bitcoin price is headed, it is always a “confidence game.”

Interestingly, on a recent podcast, Bitcoin miner and cryptocurrency investor Kris, being someone who has got skin in the game, gave his predictions for the upcoming halving. Noting that there were a lot of new elements in the Bitcoin ecosystem at present on the institutional end, he asserted that the price of Bitcoin would go up, post the halving event, not to a $20,000, but somewhere between $9,000 -$12,000, “just above the mining costs.”

This is a crucial observation as many speculate that Bitcoin’s struggling price, coupled with the upcoming block reward halving, could lend a blow to the fortunes of miners, especially smaller miners, since they won’t even be able to break-even, pushing them to abandon mining altogether or selling their rigs to larger pools.

If post-halving, the price of Bitcoin is indeed “just above the mining costs,” miners may be more inclined to stay in business.

He concluded by stating,

“If you look at the market now and any seasoned trader[….], when a trader sees that a coin is getting pumped by a market maker, or the coin is trying to inflate itself or trying to build the value, it gets traded. Cause you know it’s going to go up. You know you can keep dumping on.”