The halving might have changed block rewards, but institutions see no difference.

With the third Bitcoin block halving now done and dusted, the market seems poised to move. Price being the variable at play will either move up to allow the miners to continue operations, move down as miners leave, or balance on a knife’s edge waiting for momentum from either side. Regardless of which way the tide turns, institutional investors are going strong into Bitcoin, but not for its value-based prospects.

Bitcoin as a hedge is an argument bankers are now making in light of the global pandemic stopping supply chains and the world economy at-large. With equities dropping due to the non-performance of their parent companies and gold unable to act as an overall safe-haven for the world, the need to hedge away this overwhelming risk falls to the non-correlated asset that is Bitcoin.

Institutional investors on the Chicago Mercantile Exchange [CME], in the era of massive risk, are diving head-first into Bitcoin’s risk-on nature, despite the recently shifted supply schedule for the cryptocurrency. According to data from Skew markets, the Open interest for contractual Bitcoin Futures on the derivatives exchange surged to its highest point, reaching as high as $499 million, just short of half a billion dollars. 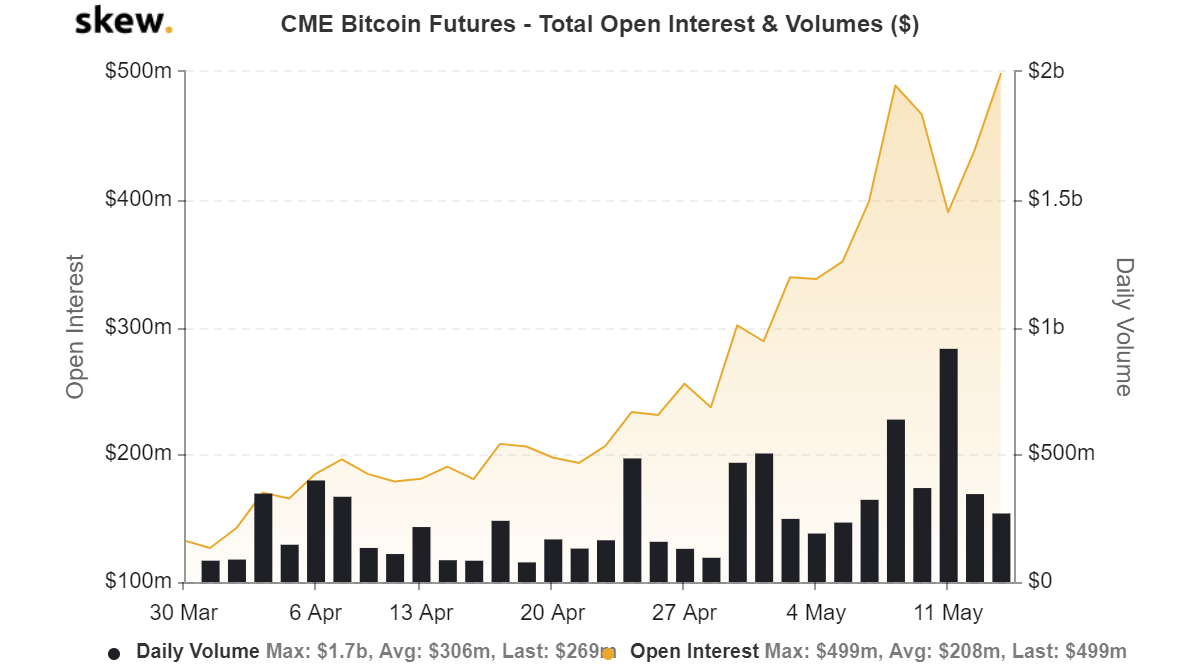 It should be noted that this high did not come after a long gap. Just last week, the OI for the exchange reached $489 million as Bitcoin was holding above $9,000, prior to the halving. However, with the block rewards cut in half, prudent investors pulled out their BTC positions as the OI dropped rapidly by almost $100 million in less than 48 hours. This massive closure of open positions signaled a hesitation from institutions owing to the change in supply and an imminent price action, but its revival back over $490 million on 14 May suggested returning confidence.

The CME offers Bitcoin Futures on a cash-settled basis, with no actual coins exchanging hands. Investors are simply betting on the price change of Bitcoin, and not taking actual ownership. Looking at the massive increase in CME’s OI suggests institutions are using Bitcoin as a hedge against the global financial uncertainty in the short to medium term, and not in the long term. 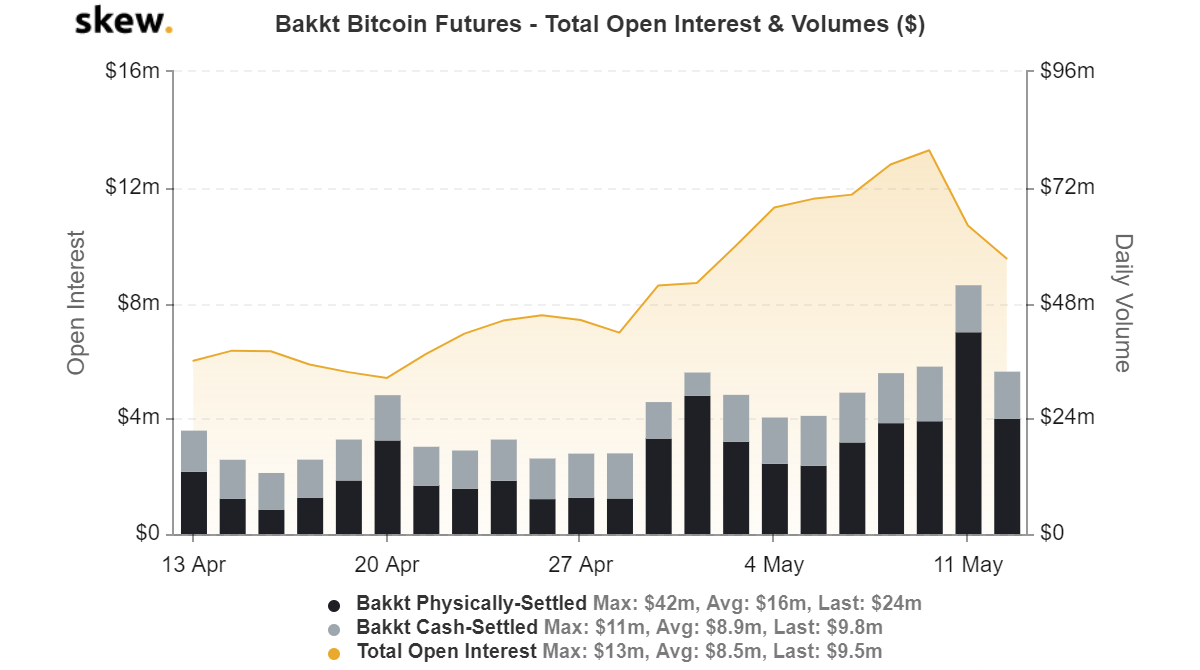 Holding of actual Bitcoins right not is not a popular move, especially after the halving. Bakkt, the digital assets platform by the Intercontinental Exchange [ICE] which offers physical delivery of Bitcoin Futures, although not completely, has seen a slump in its OI. Before the halving, Bakkt’s outstanding positions surged to $13 million [a fraction of CME’s, but this is still Bakkt’s second-highest OI level] and in the time since, has dropped by 32.6 percent to $8.75 million, indicating no need to hodl Bitcoin at this point.