Technologists including Ethereum’s Vitalik Buterin and Cardano’s Charles Hoskinson have shifted their focus into developing individual ecosystems and improving market adoption. This drive is complimented by these technologists uploading informative videos that trace their company and coins’ future roadmap.

Although ETH strongly maintains its position as the world’s leading altcoin, SOOHO Data Lab recently published a report on Ethereum’s performance and network trends to have a better understanding about ETH community users. 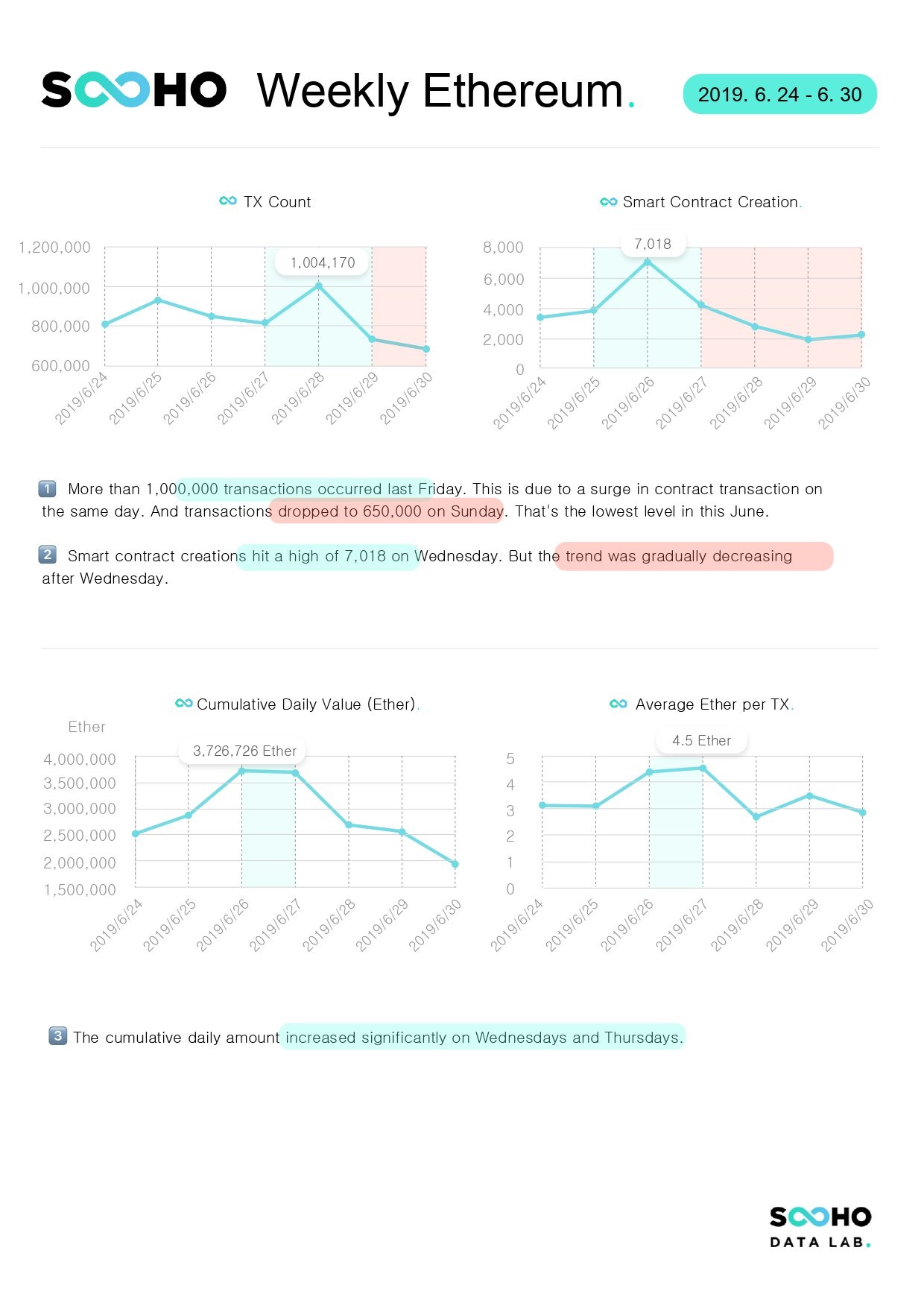 The report was shared through a tweet, which said,

“SOOHO Data Lab provide you with Ethereum network trends in the 4th week of June 2019. If you have any questions or need more details about analysis results, please contact us; [email protected]”

According to the infographic, Ethereum recorded over 1 million transactions on 28th June, 2019. The primary reason behind this finding was attributed to the surge in the number of contract transactions on the same day. Additionally, the best performing altcoin has been going through a value recovery spree over the past 2 weeks. However, that came to a halt today after a 6% drop over 24 hours.

In a seemingly related event, the report also revealed that the ETH ecosystem observed a spike in smart contract creation, hitting a high of 7018. On the contrary, ETH transactions dropped below 650,000, marking its lowest for the month of June.

SOOHO’s report also disclosed that a total of 3.7 million Ethers were involved over a 24 hour cycle, with 4.5 Ethers going per transaction on average. Although the report’s main intent was to highlight ETH’s growing market adoption, the crypto remains heavily dependent on BTC’s market. By press time, ETH had fallen prey to BTC’s bearish market, bringing the value down by over 6% to $289.