CME Bitcoin Futures OI has been on a consistent rise since the halving. It surged from $390 million on May 11, to $529 million on May 14, where it reached a new all-time high. This shows that the interest in Bitcoin products is in demand. The reason could perhaps be traditional investor Paul Tudor Jones’ comments about Bitcoin. Regardless, the interest is rising, and analyzing where this interest is coming from could help identify where the big money is aligned.

As of May 12, 2020, the COT report indicated that non-reportables [yellow] aka retail is uber long on Bitcoin. This is understandable considering Bitcoin just underwent halving, and this has historically increased the price of BTC. Additionally, not only are retail long Bitcoin but they also have positions of approximately 12,000 BTC which, at the time of writing is worth $115 million. 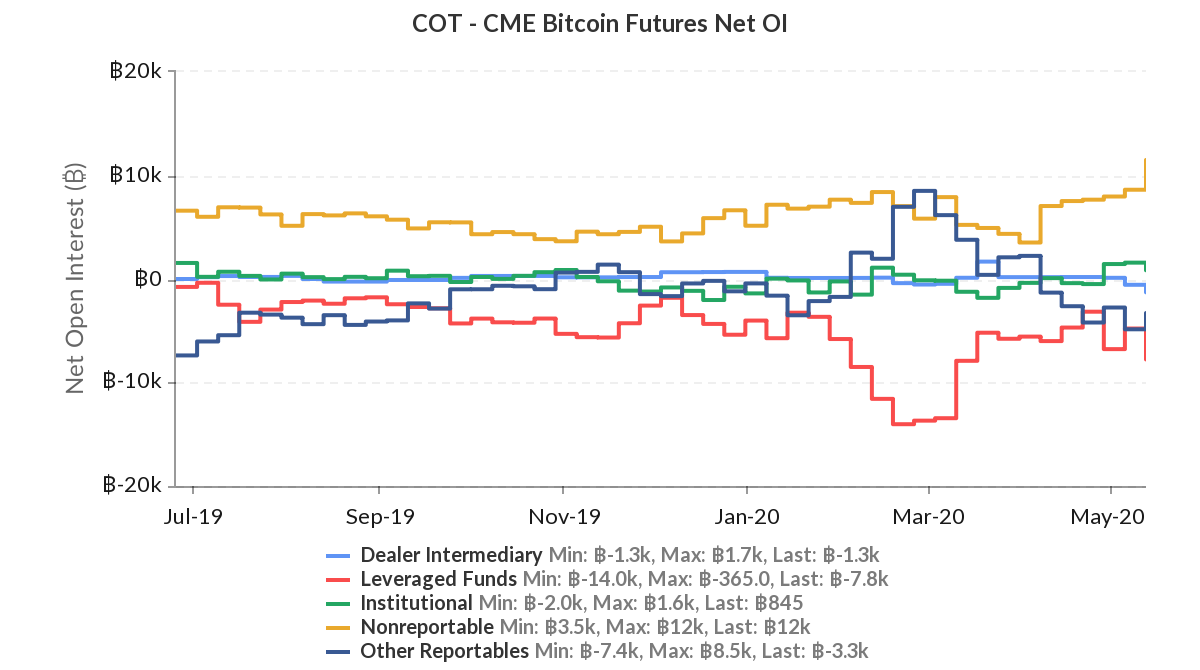 While $115 million worth of positions is long on BTC’s future, the hedge funds and family offices aka leveraged funds [red] and other reportables [dark blue] are short, and together, have positions of 11,100 BTC aka $105 million worth in short positions.

The interesting aspect about this is that retail and the leveraged funds are basically locking horns as the head in the opposite direction. The question that remains here is, “Who will be profitable?” or “Who will lose?”

Looking at the history, the last time this happened was in February, when both mentioned parties diverged from each other, and the price of Bitcoin sided with the retail. This could be due to FOMO causing in a lot of retail buying, however, the leveraged funds increased their buy positions when BTC dropped in value. Either way, the halving, the pandemic, and excessive printing will play a pivotal role in helping BTC decide where it goes.