There are now $100 million worth of bitcoin running on the ethereum network for the first time ever.

As can be seen above the vast majority of it is in wBTC, the defi consortium run bitcoin tokenization on ethereum’s network.

That has been growing with speed, up $5 million in just one day to now reach $87 million just by itself.

Then there’s RenBTC, a decentralized way to tokenize bitcoin on the ethereum network that currently hold 1,428 bitcoins, worth $13 million. 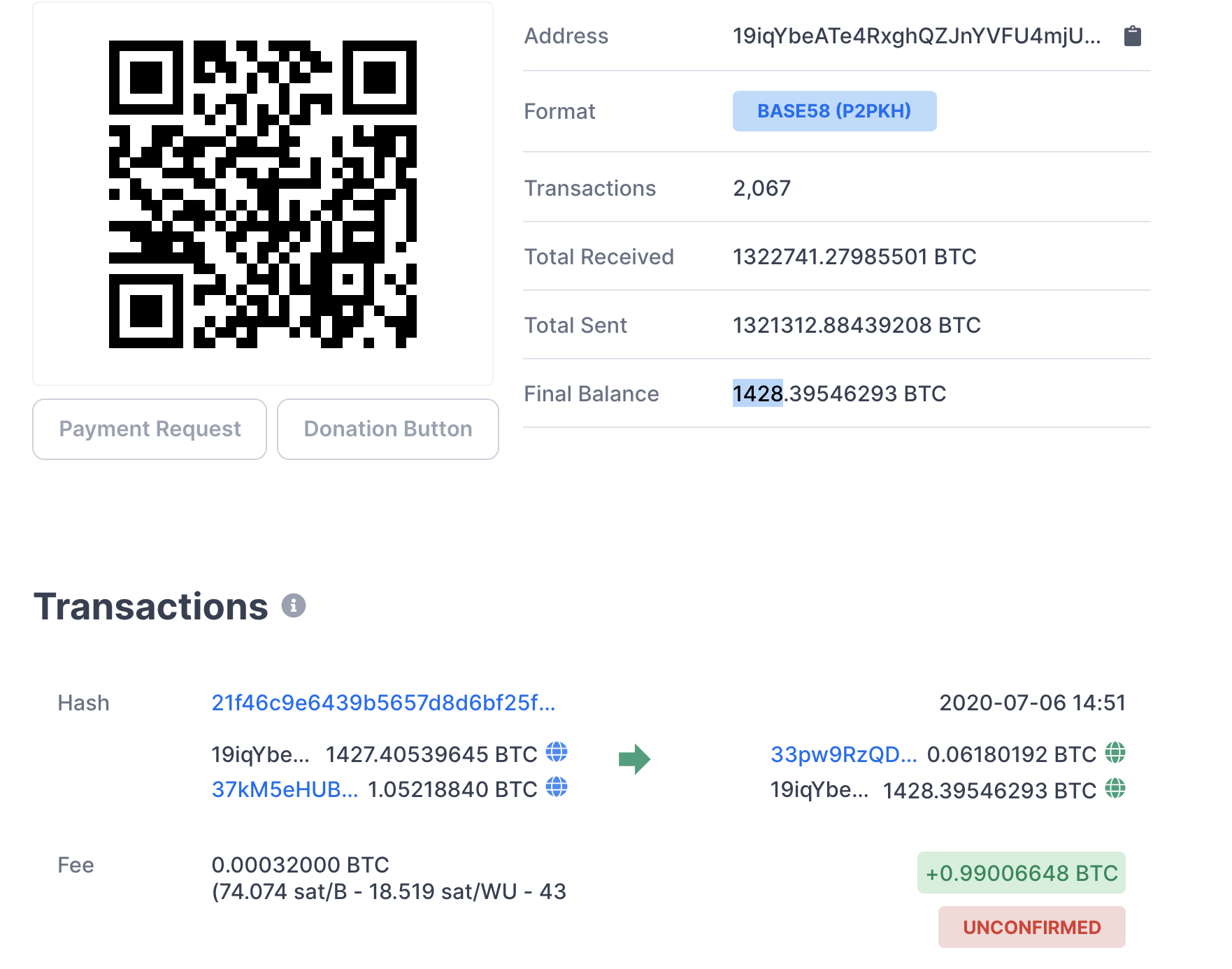 This is claiming more than a million bitcoin in total has been received with it unclear how as we don’t see any huge deposit and withdrawal, but other explorers are saying the same thing and there are many transactions daily.

In any event Ren may have contributed to the fast rise of wBTC as the two can be exchanges on the Curve ren pool where they give a considerable interest rate for the deposited bitcoins.

There are also other smaller tokenized bitcoin projects, so in total there is more than $100 million btc running on eth.

That btc can now access the entire ethereum defi space, including flashloans with just recently someone borrowing $30 million worth of assets, including wBTC, at the total cost of just $100.

You can also atomic swaps as they like to call it in bitcoin, but on eth it is a lot more integral, a lot smoother and with a 21st century level of convenience.

You can also margin trade, options, even buy stocks synthetix and it is all actually code.

There is no order book for many of these broker like exchanges, instead there are code based liquidity pools.

For the Synthetix, there is no custodian to keep the peg, instead there are tokens deposits and algorithms that makes it all run in a decentralized way.

To prove as much Compound recently removed any fail safe mechanism, setting the Guardian to the burner 0x000 address which has no private key and no knowable private key as it is the ethereum network nodes itself.

So there’s no one SEC can fine or bully. Just as Nakamoto launched bitcoin, here too all this new financial system needs not know its owner.