Data analysis of bitcoin’s price over nearly a decade has led researchers to conclude bitcoin has a reverse Monday effect.

The well known Monday effect in equities like S&P 500 suggests that their price tends to fall more on Monday than any other day of the week.

For bitcoin however it is the reverse. Price tends to rise more on Monday than any other day of the week and this finding has a “10% level of significance.”

“The empirical findings of the analysis suggest statistically significant positive returns in the Bitcoin market on Monday, which is consistent with Perry and Mehdian (2001), as a reversal of the traditional Monday effect,” they say. 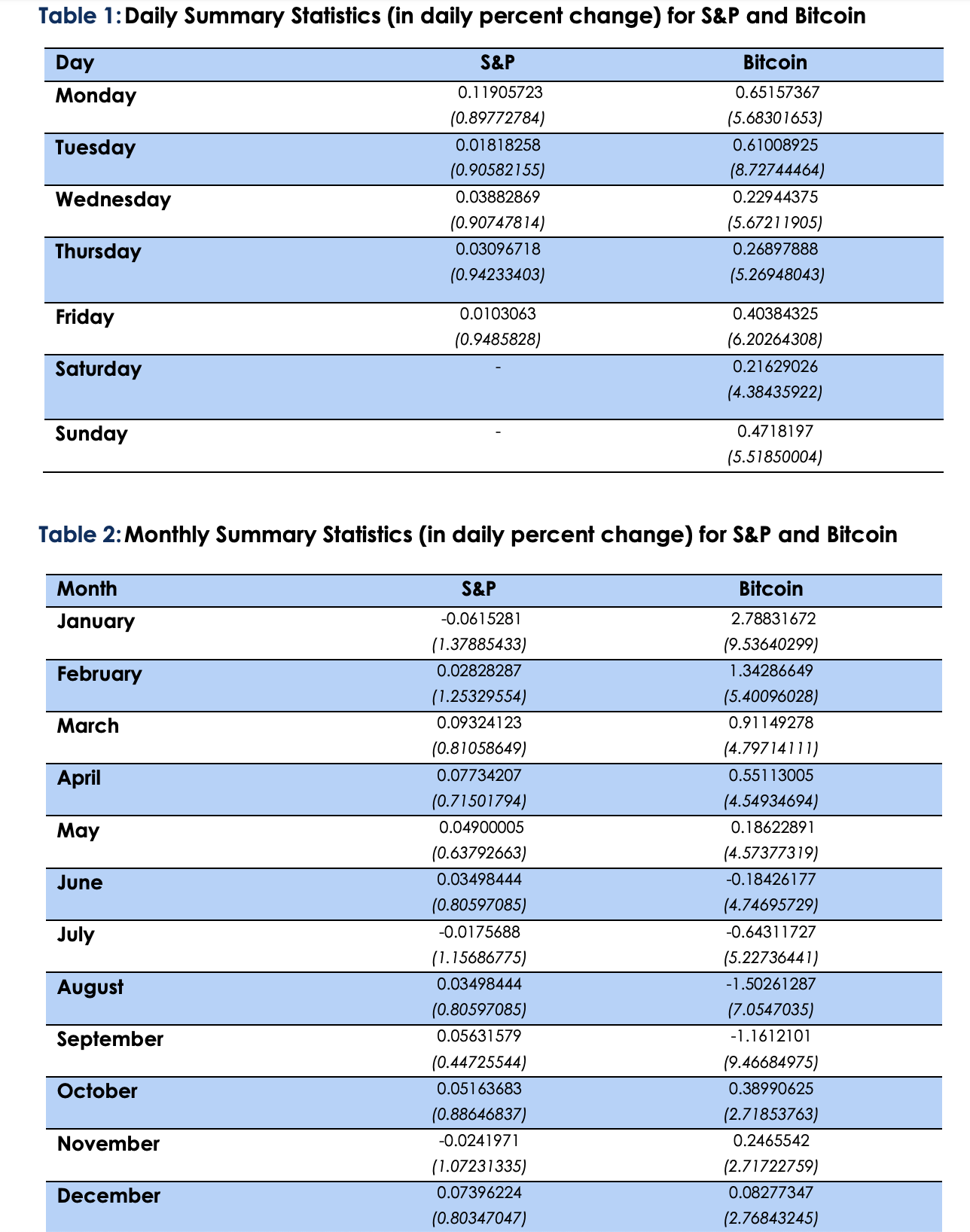 The S&P 500 stock index also showed a Monday effect but did not exhibit a Tuesday or Sunday effect. The study also examined if there was a Month of the Year effect and found that Bitcoin exhibited a May and November effect at the 10% significance level.”

They argue this indicates bitcoin is not a mature market, but “we would expect that over time these instruments will stabilize and perhaps become more efficient with this increased level of maturity.”

It’s not clear however whether this has any predictive power as they say “Connolly (1989) found that the day-of-the-week effect tends to be inconsistent over time.

Research provides evidence that the impact can be measurable in one period, and then no longer present in another period.

The effect also tends to reverse itself at times, becoming negative on Friday and positive on Monday, as was highlighted in a study conducted by Brusa, Liu, and Schulman (2000).

In another study, Kamara (1997) found that the effect seems to have diminished in U.S. equity markets with the introduction of the S&P 500 futures contract.”

Bitcoin futures were introduced in December 2017 with the study not breaking down the decades long data, instead it only provides the overall conclusions as shown in the image above.

Just how much the Monday effect continues to apply therefore is not clear, but traders have informally referred to it for some time, with their instincts now scientifically confirmed.