The global crypto market cap is close to a yearly high and is seemingly nearing that big $300 billion line.

Since then however the crypto market cap has generally been sidewaying except for a dip in March 2020 due to the lockdowns from which it has now fully recovered. 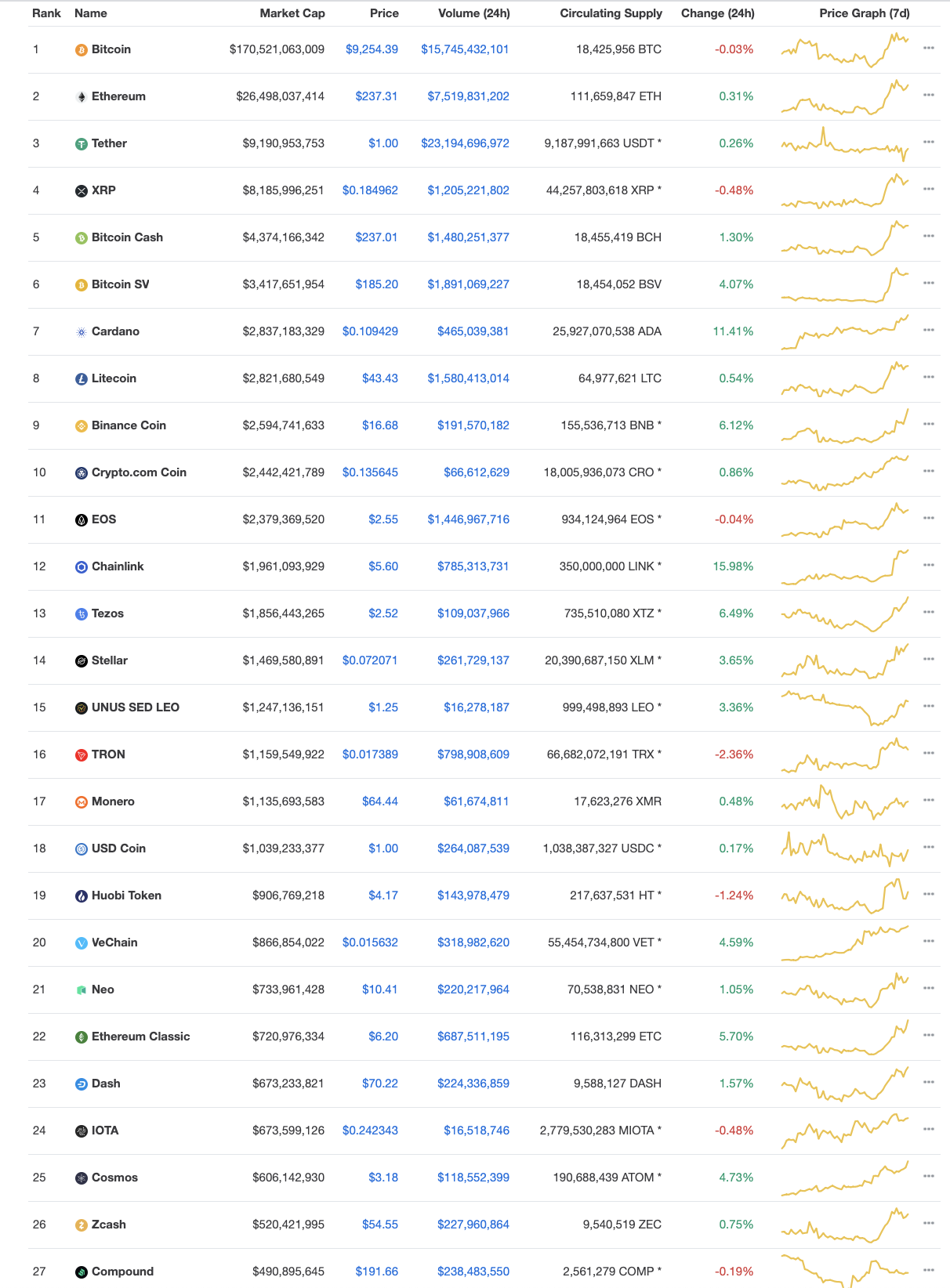 Tether has taken third position and still stays there with it not far off from $10 billion, significantly more than BCH which is seeing its nemesis of sorts, BSV, gain 4% today.

Cardano has seen a fairly big jump however at 11% because they’re launching an upgrade to their network, adding smart contracts.

Chainlink was no where near the rankings even a few months ago, now it’s at $2 billion, helped by much shilling from 4chan.

A fairly new entrant is also Tezos, with it too rising and nearing $2 billion, but its price is still at $2.50.

The more established bitcoin and ethereum are not moving much but dogecoin, the seven year old meme coin, has received a boost from TikTok to see a jump of 20%.

Then there’s the defi tokens. Compound hasn’t moved much but Aave has seen a jump of more than 12%, nearing a market cap of $260 million.

So there’s a reshuffling of sorts in rankings, with bitcoin and ethereum dominating but new coins and tokens are making an entrance, maintaining a fairly dynamic and evolving ecosystem where there are still plenty of opportunities.