If you thought Bitcoin’s selling pressure had vanished, think again. The way the derivatives market is lining up with the spot price is indicative of an increasing bout of selling pressure, forming as a result of almost month-long trading activity, rather than shorts spurts of price movement. 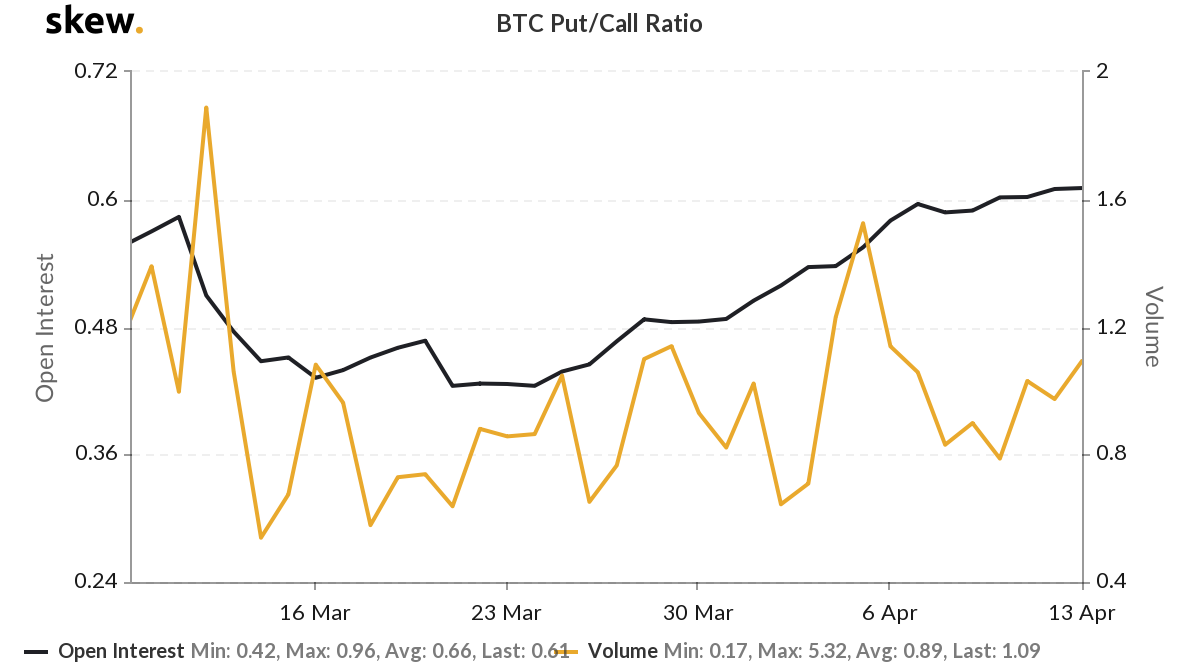 On 22 March, the put/call Options contracts’ OI dropped to 0.42, its lowest point since April 2019. The last time the OI was closest to this low was on 5 January 2020 at 0.46, when Bitcoin was trading at $7,300, a day after the cryptocurrency’s macroeconomic reaction to the tensions between the United States and Iran.

The low OI in early January indicated high buying pressure and the price reacted to this lagging indicator with a rise. When the pressure was subsumed by the price, the ratio tapped out and began falling, following the price movement.

Looking at the trend over the past few weeks, similarities can be seen. Over the past three weeks, the OI increased by 45 percent and the price by a meager 17 percent. Now, with the average range of 0.7-1 being explored, traders are expecting the price to either hold on or fall out, as the number of puts is gradually increasing, compared to the calls.

This is in line with two key metrics of the Bitcoin derivatives market. Firstly, the Open Interest on Bitcoin Futures contracts has been recovering since the 12 March fallout, with exchanges seeing positions open up. Binance, now the exchange with the highest regular 24-hour BTC Futures volume, has seen its OI recover completely while other exchanges have seen only marginal recovery.

Secondly, the volatility term structure for Bitcoin Options contracts suggests low volatility until the third block halving, and then an increase in price fluctuation from then on as the price balances out the fall in mining rewards.