Bitcoin Options divided between Puts, Calls; is there a bull lurking? Bitcoin’s derivatives market is a strong indication of traders’ movements in the market. The Bitcoin Options market was reflecting traders’ dilemma, at press time, as the Puts and Calls had evened. Despite being split 50% each, the market behavior continued to evolve in selling and buying puts and call options on Deribit and OKEx exchanges. 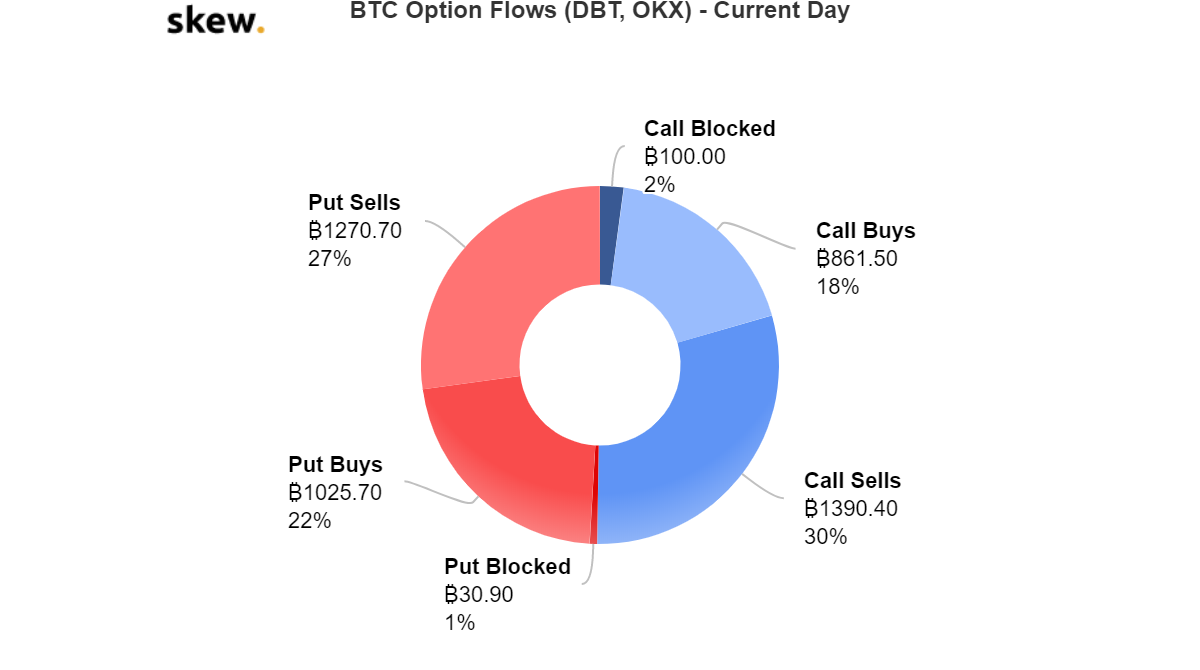 According to the aforementioned data, BTC Options Flows were denoting 2% calls blocked, whereas only 1% of Puts were blocked. However, the important sub-category to focus on was the buying of calls and puts. In the traditional market, buying Call options is looked upon as a bullish bet as the owner makes money if the security goes up, whereas a Put option is a bearish bet and the owner will make money when the security dips.

The call buys took 18% of the market, which meant that the traders were hoping that BTC‘s price will rise. This percentage of the market lagged when compared to the Put buys that were betting on the plunging price of BTC. The Put buys covered 22% of the total 50% of Puts, giving strength to the falling price for the world’s largest digital asset.

Additionally, the selling option for puts and calls obligated the owner to the counterparty. There were 27% of traders on Deribit and OKEx, who wanted to sell their puts, whereas 30% of investors wanted to sell their calls. While selling a put option the traders were hoping the price of BTC to rise, as opposed to the 22% put buyer whose outlook was bearish. Similarly, the selling of Call options meant the investors of BTC were betting at its fall, unlike the 18% bullish move from call buyers.

Despite the tug of war, however, the calls have been registering huge volumes on Deribit exchange, highlighting the presence of a certain level of bullishness in the market. 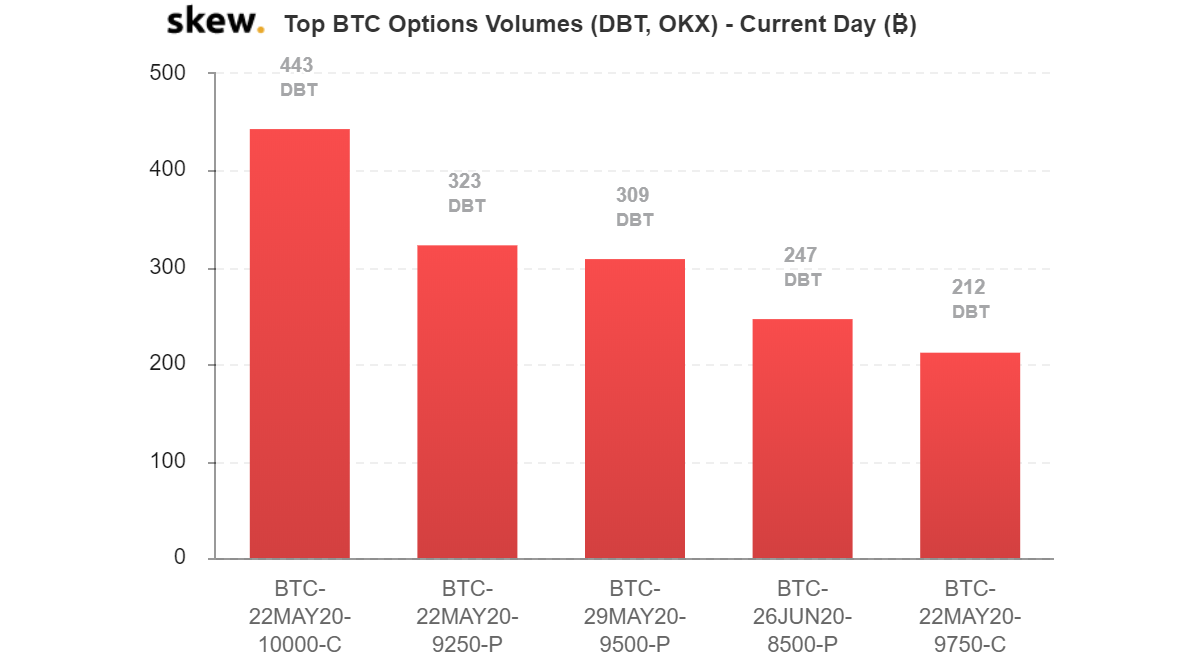 This bullish outcome was also suggested by the falling Put/Call ratio. As the value of the ratio dipped to 0.65 on 18 May, it moved from under the neutral territory to a buying territory. This dip presented a bullish opportunity for the traders to buy BTC. 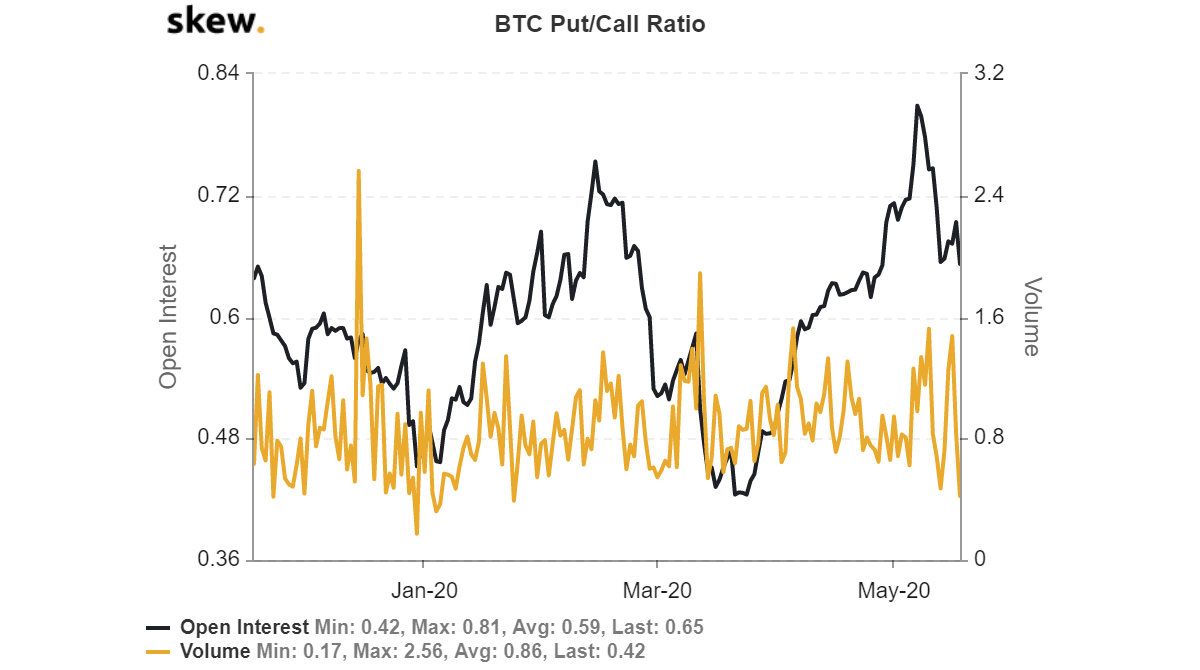