Bitcoin, over a decade of existence, has emerged as an essential digital asset for many crypto and tech enthusiasts across the world. However, the tech has been often termed tedious, and at the same time, nascent. However, with Gen X getting more and more involved with technology as they become skeptical of central banks, the decisions people take with their inheritance will play a major role in plotting Bitcoin adoption.

According to Cerulli Associated, more than $68 trillion of U.S wealth is expected to change hands, out of which $38T will be inherited by Generation X and $30T by Millenials. This would make it the largest wealth transfer in history. However, what amount of this wealth transfer will actually flow into Bitcoin?

As per Kraken’s recent research, approximately $1 trillion of wealth might flow into Bitcoin by 2044. The report looked into the adoption rate of innovative tech, rate of wealth inheritance, and expected allocation of wealth to Bitcoin in 2044 or “peak allocation” to quantify this. Looking at the adoption rate, it was realized that the rate at which successful innovations reach/approach market saturation continued to accelerate. 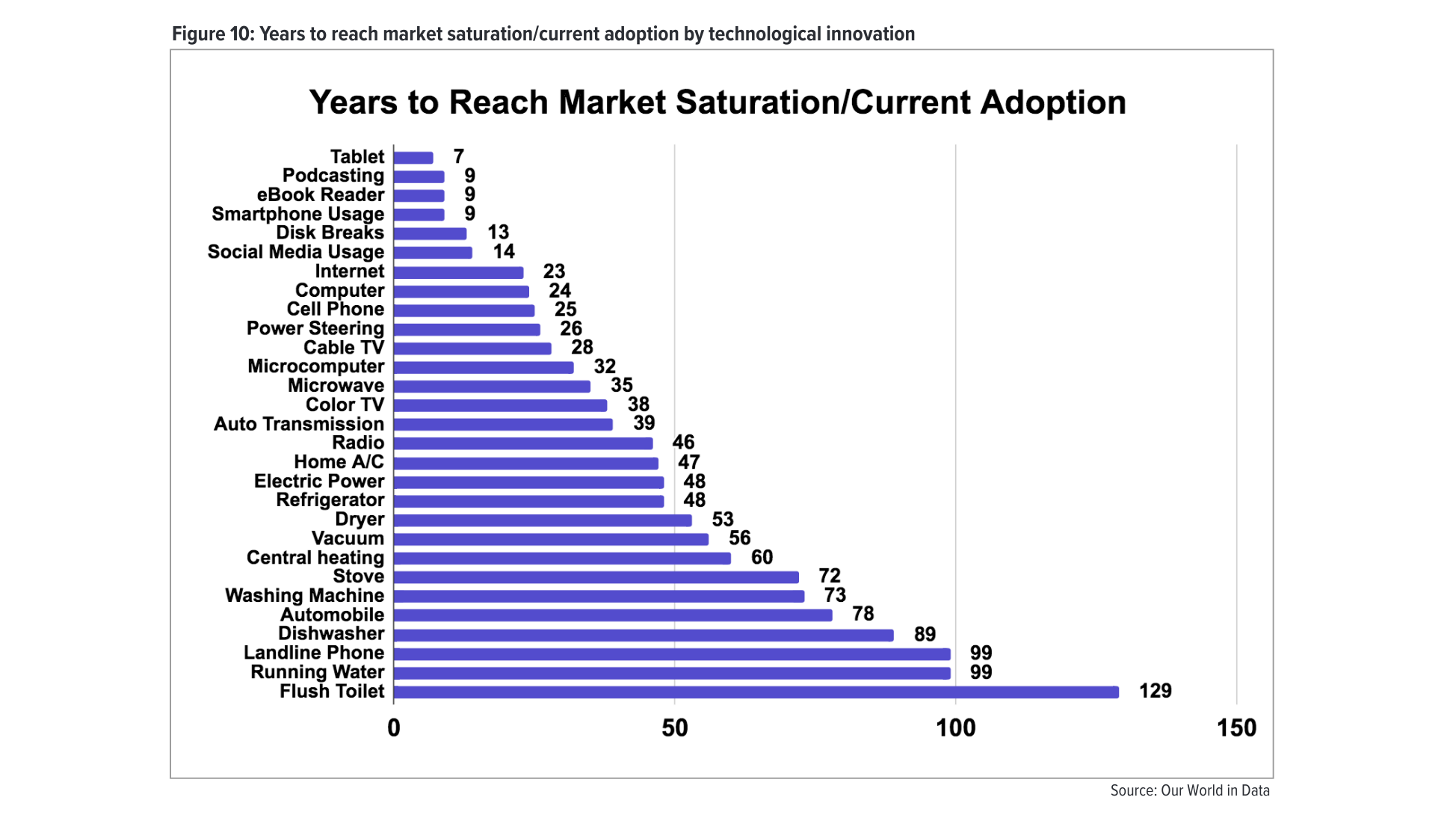 For instance, the Internet was a new technology, but was adopted faster than landline telephones. Further, the Internet, cell phones, and computers, together, took an average of 24 years to reach market saturation, much lower than the 38 years it took for color TV and 99 years for landline telephones. The decreasing time for adoption of tech, combined with BTC’s accelerating growth and low cost of the Internet suggests that market saturation for BTC could take place in a record number of years.

“Because the root of bitcoin’s growth is incremental demand, we posit that as bitcoin matures and the Millenials and Generation X inherit their wealth, the average annual percentage of wealth that inflows into bitcoin will also follow an S-curve.”

The report assumed that $68.4 trillion in wealth will be handed down over the next 25 years, i.e. by 2044. However, when accounted for the U.S estate and inheritance tax, it was reported that by 2044, the total tax collected from inheritances will be $1.38 trillion or 2% of $68.4 trillion, considering 2% as an effective tax rate per annum to arrive at net wealth inherited.

Lastly, Bitcoin will continue to grow, but it might not be a linear growth. Like other technologies, the growth in a population’s interest, understanding, and demand will follow an S-curve, which is assumed to be a basic logistic function.

Thus, it is expected that an average heir will allocate 5% of their assets or inherited wealth in Bitcoin by 2044.

“Assuming a 5% peak allocation by 2044 and a 2% inheritance tax rate, we expect just under $1 Trillion of wealth to flow into bitcoin over the next several decades.”