Is Bitcoin Going to Break Out? Usually we don’t care about price because we’re not in the trading business but the reporting business, however it’s a slow news day because this thing is not moving so we’re gone report our moaning.

Yes, usually not good to poke the bear, but it’s gone go up – someone says. 12k or nuffin happened, adds someone else. Or 7k says Mr bear. 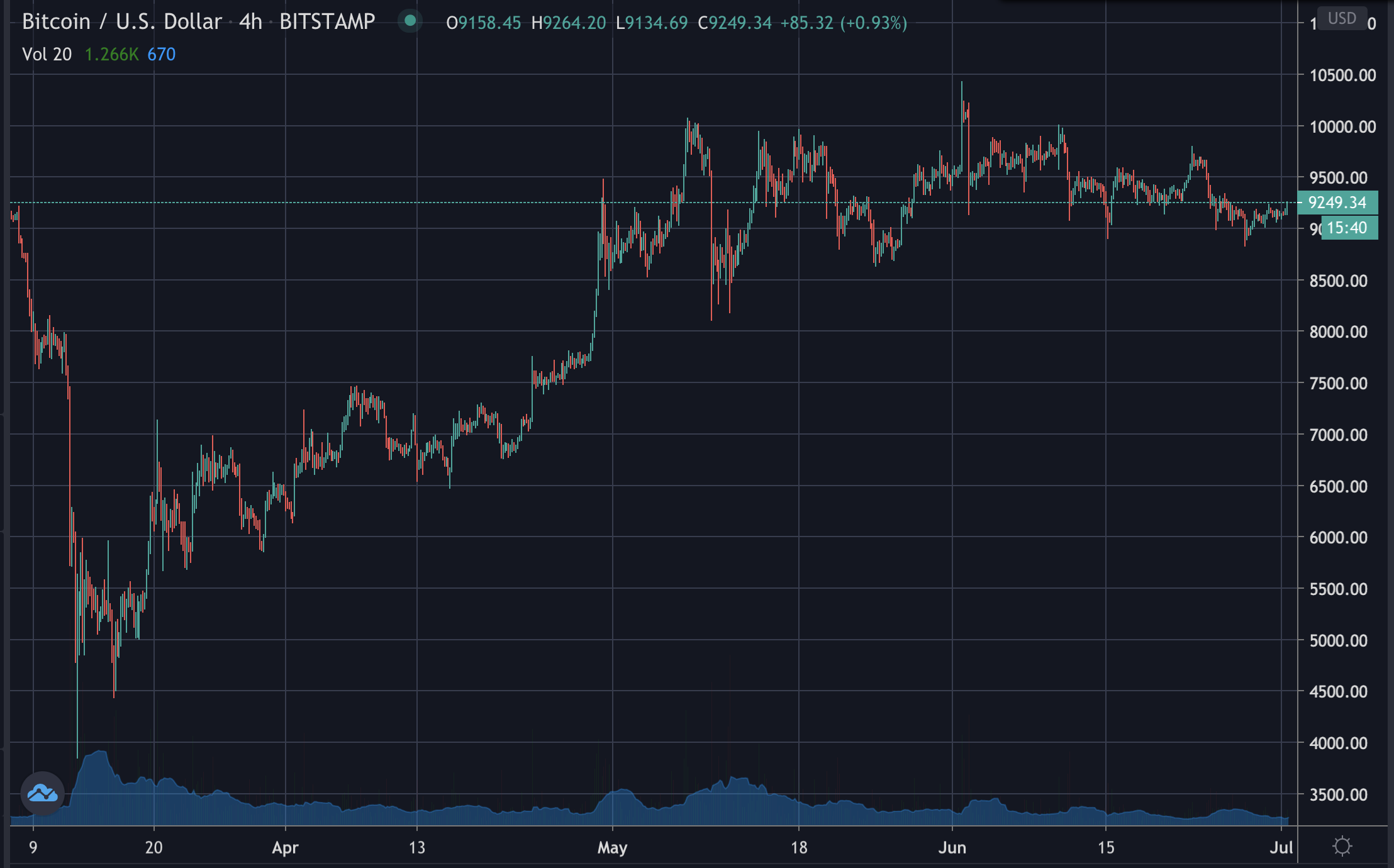 There’s apparently some head and shoulder somewhere there. We never understood what that one means, but apparently it’s a breakout of something.

We only know cup and handle and there isn’t one here, so to us it looks like a straight line which in itself tells plenty.

If it’s a bull straight line, then it’s the launching pad right? If it’s a bear one, then guess they’d wanna poke the bulls after boring them to tiredness.

The official answer is that the market doesn’t know what it wants to do, but our daring answer is that hanging out for so long after rising quite a bit suggests maybe its just an energy stop for more running.

Stocks are up, of course. Only a bit though but we’re currently living in two parallel universes where grannies are terrified in front of their old TV sets, while everyone else – especially in finance and tech (except the propagandists) – have long stopped caring about the minute obsession of the old media.

Stocks go down, Powell pump, and we all good. Some of that pump should make its way to bitcoin you’d think, but we’ll see now once this does break out.