A very smart haxor, as in leet coder, has borrowed 102,000 eth and $10 million in stablecoins like DAI and USDc to turn some of it into BAT in an essay length operation that involves Uniswap, Balancer, dYdX and Compound.

All of it at the cost of just $100 in ethereum network fees, with this briefly very rich person needing no deposit, collateral, affordability checks, or any permission whatever from anyone to make use of this $30 million. 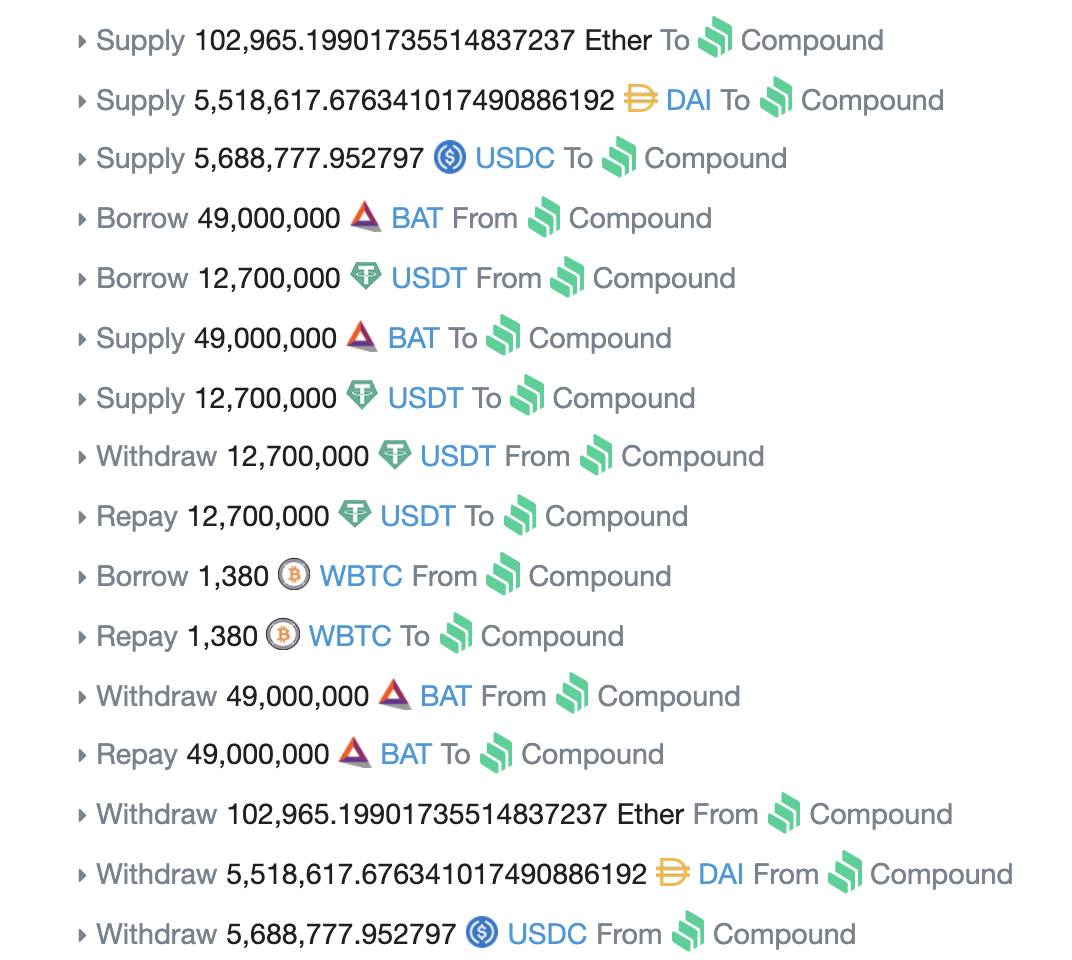 This is the surface. He sent $30 million to Compound, borrowed BAT and tokenized bitcoin as well as USDt this time, and then he’s finished.

Yer right. Let’s see if we can figure out what he did actually do with this potentially getting a bit messy in formating:

So this is semi legible and quite long, but the guy has gone through Compound and Balancer, making actions to get free Comp tokens and some eth profits through the BAT tokens.

In effect exploiting not just market inefficiencies, but also the free tokens giveaway based on usage of the platform.

This person has used it to the tune of tens of millions while owning none of it because flashloans allow you to make use of liquidity, like the one available on the Balancer Pool for example, as long as you pay the whole amount in full.

In this case dYdX was used which invented flashloans but seemingly unintentionally as this ability to borrow as long as it is repaid back in one execution appears to have been a byproduct of coding the dYdX decentralized margins exchange.

The facility thus was there for long until people realized this was a very big feature, so Aave has flashloans as a selling point.

While on dYdX they presumably didn’t realize the use case, so there’s no fees for the flashloan borrowing on this dapp.

Meaning the haxor spent only $100 on network fees and nothing else to briefly be in command of $30 million.

That fee being relatively high because it was a very complex operation as can be seen above.

Otherwise in a simple transaction the cost may have been even cents for briefly being very rich without requiring the approval of anyone.