Ethereum’s hashrate has spike upwards for the first time in more than two years, reaching nearly 250 terahashes a second.

That’s the highest level it has reached since it neared 300 TH/s in August 2018, with it only downwards or stagnating since, until it began spiking in July.

The rise in eth’s price most likely has contributed to this return in confidence towards eth mining, with it now at $370.

Far more however might have contributed the defi space which seems to tolerate fairly high network fees. 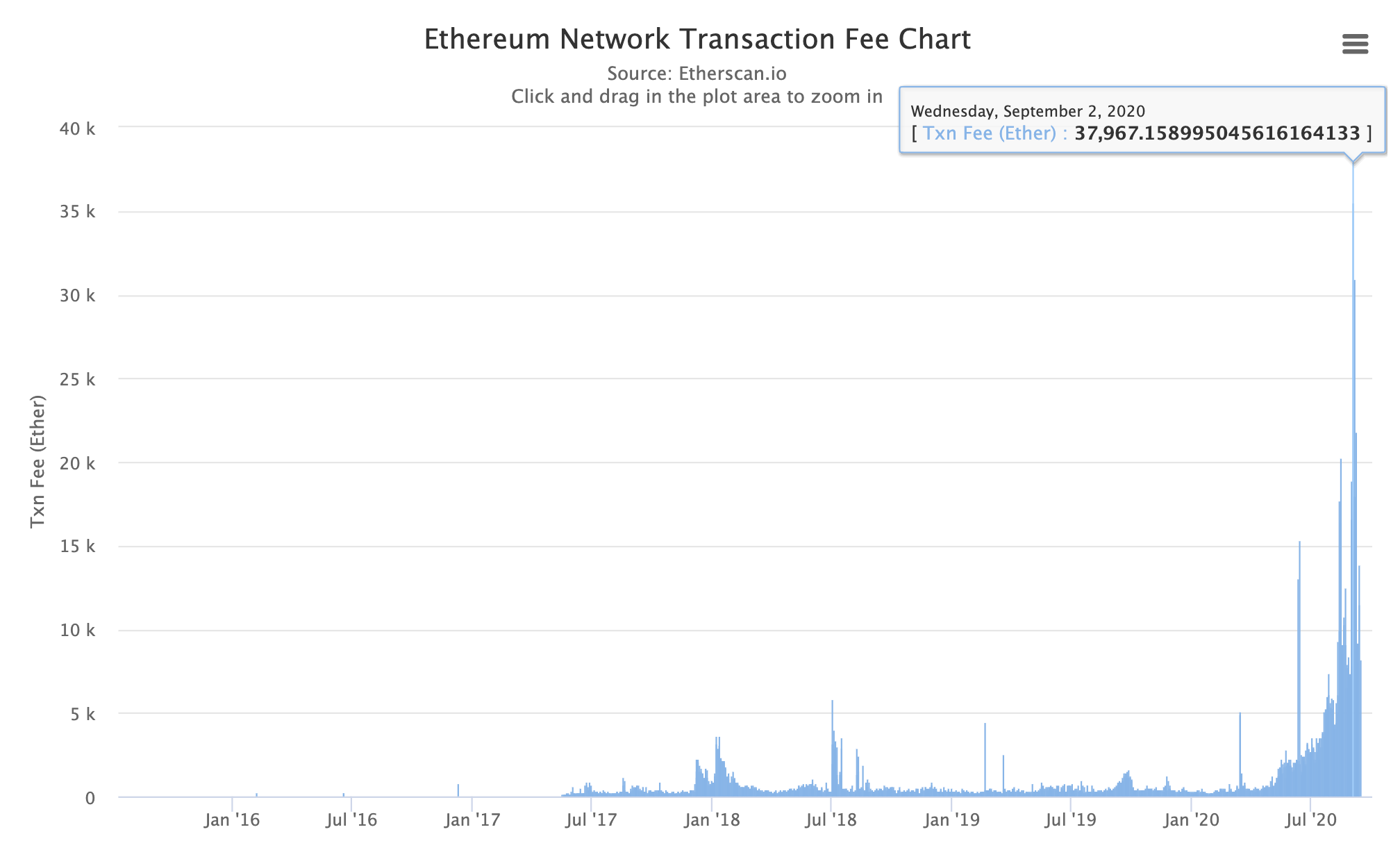 Ethereum fees reached Venus on September the 2nd, far higher than ever before. Even higher than that one time when someone mistakenly or otherwise paid a fee of 10,000 eth for one transaction.

Now they’ve calmed down quite a bit at 8,000 eth for yesterday, but that still amounts to some $3 million worth of the asset.

This is now supplementing miners’ income and very nicely, doubling their reward or more.

Once ethereum 2.0 goes out and eth merges in a shard, all these millions in fees will go to stakers who at that point will be the node runners too.

For now they mainly go to Chinese farms, although GPU mining for eth may be starting to become profitable for dormitory miners as well.

That transition to staking is probably putting some break to any rise in hash, but unlike asics, GPUs can be re-purposed or even resold with plenty of other coins being GPU minable.

So you’d expect the hash to rise even more really, but because other coins are GPU minable as well, eth has to be not only profitable to mine, but also more profitable than other coins.

So it operates in a more competitive environment than bitcoin on that end, but on current hash eth is pretty secure, and now even more so with this spike.