Ethereum Transactions Surpass One Million While Nodes Jump in China Ethereum has processed more than one million transactions a day for the first time in two and a half years.

Quickly after ethereum miners increased capacity by 25%, the ethereum network is now seeing as much demand as near the peak of prices when eth was trading at $1,000. 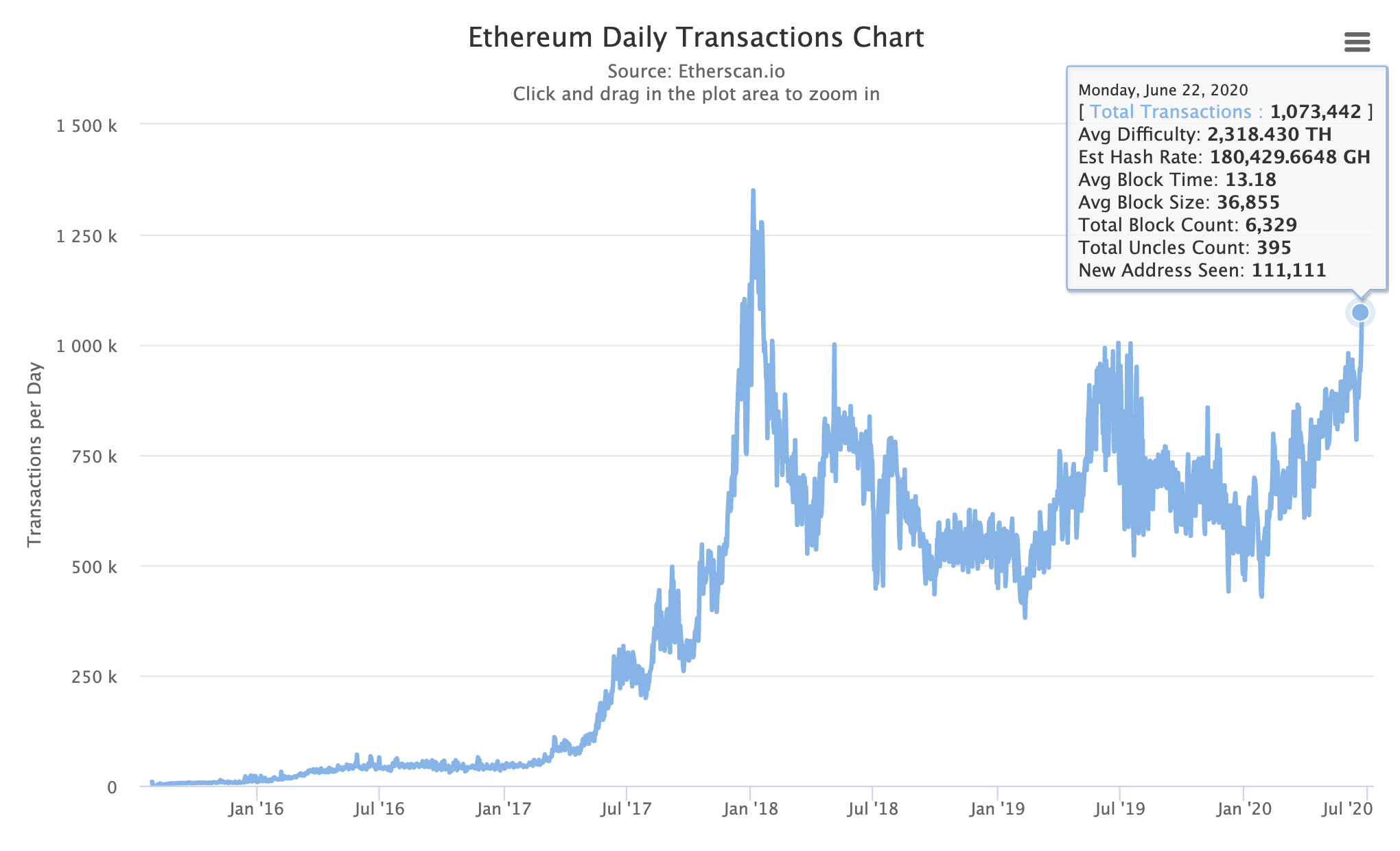 The number of transactions used to be seen as a proxy indicator of the increase in adoption, but due to the network running at full capacity, other factors may now be better indicators.

Such as nodes numbers, which in China have seen a doubling recently, suggesting entities or individuals are now more interested in eth.

Last time we checked these numbers was a year ago when China had 500 nodes. Recently however there has been a very big increase.

You’d think it is probably because of the recent events in China where yet another round of crackdown was implemented on Over the Counter (OTC) traders and even some miners.

China is saying legitimate traders are not coming under the hammer, but Chinese cryptonians are most likely looking at checkmating the government.

This battle between the techies and the authoritarian regime has been going on for three years and realistically it is in a stalemate.

The question is of course whether the ethereum contract network can give the edge due to its decentralized exchanges, no order book brokers, and its Turing complete platform.

The attack here being on two fronts. First, come up with code based methods that make the government powerless except for what has not yet been tried anywhere enforceable, a complete criminal ban which would be a very, very edgy step.

Second, come up with innovative methods to facilitate financial services or point to the defi space to raise one simple question: do you want to be left behind to what might be perceived by our children as the stone age?

We think China has lost this battle long ago and their decision to be hostile towards this space is on our view their biggest strategic blunder in a century.

Yet just what the generally very innovative people of China come up with to tell their government to mind its own business, is to be seen.