Beds, sofas, curtains, wardrobes, much is being turned upside down to see if there’s a MetaMask address inside.

Old laptops, that browser you used once and don’t anymore, every old and mundane corner that might have a MetaMask is now a potentially super exciting event.

That’s because Uniswap has straight out given 400 tokens to anyone that has ever used the dapp and if you have MetaMask or some other blockchain browser connector, chances are very high you probably at some point used Uniswap even though you definitely can’t recall doing so.

And unlike previous airdrops, this one is actually very valuable with most ethereans likely to have two MetaMask addresses. Meaning they get 800 tokens or a cool $5,000 just like that. 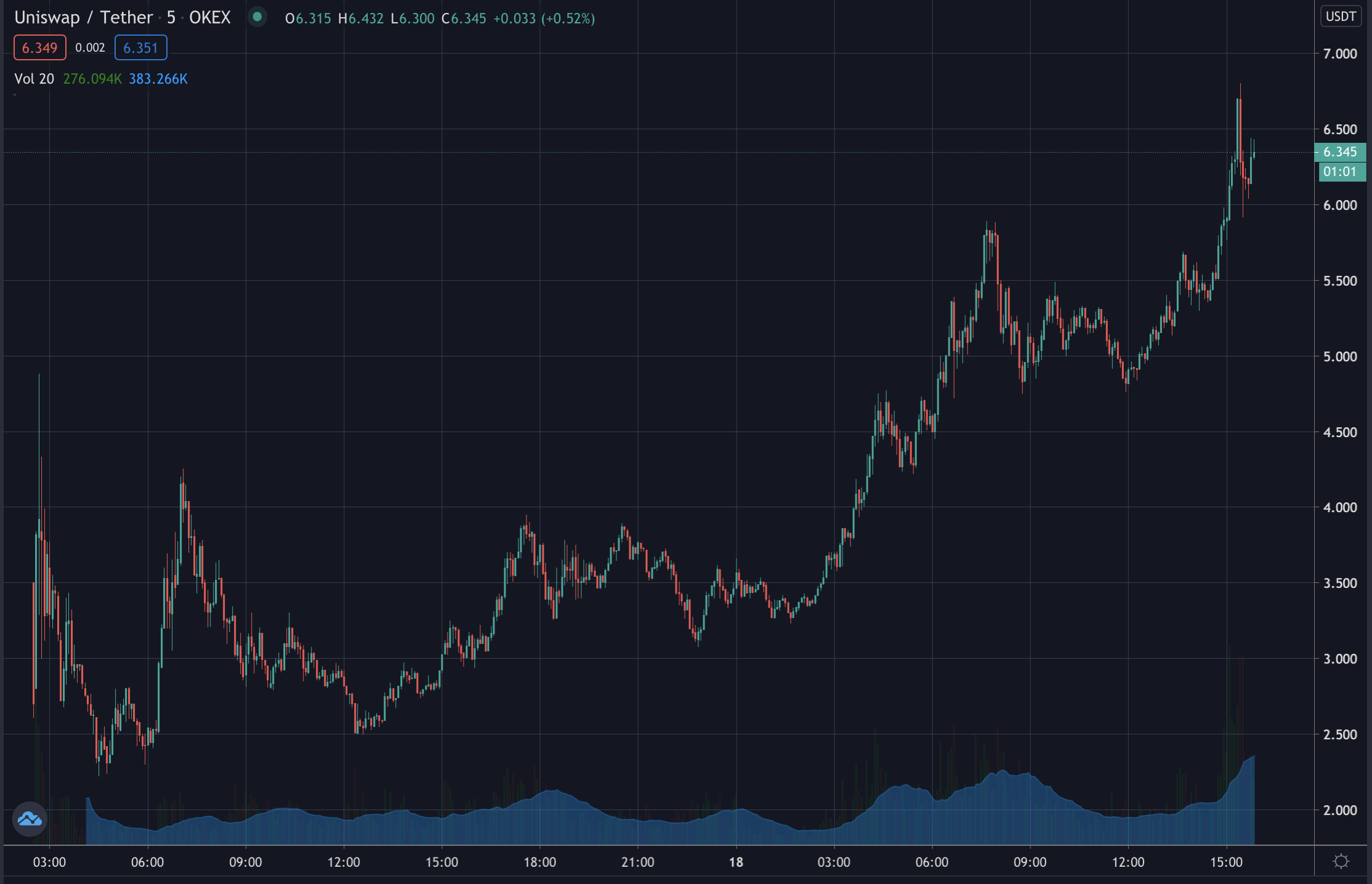 As you can see a lot was sold in the first hours as people straight out converted cus wow is this fer realz muneh.

Then its zig zaged upwards, edging towards $7 until some expected profit taking with the speculated target price here being $10 because that’s how far sushi went.

By a straight valuation based on daily revenue of $1.5 million, this is worth $5 billion in market cap, but as new supply enters slowly, a realistic evaluation of current price is a bit complex.

Currently there’s about 100 million tokens circulating out of one billion. So a price of about $5 at one billion circulation would be a fair value, although we’d have to add pricing in of potential future growth which is a lot more subjective and speculative.

There is however revenue and it’s at some $50 million a month. That goes to the token holders and Liquidity Providers (LP) with this a new token and therefore with token holders to decide now how exactly they gone distribute this $50 million.

In addition this is a big airdrop so you’d think everyone would claim, but you’d expect probably at least 20% to not be claimed because they threw MetaMask down the landfill. So they can scrap the place all they want but no hard-drive.

Then there’s the Teslas which don’t care about P/E, with it always difficult to predict price but half long half short works.