Some 9,000 bitcoins that were betting long have closed their position this month as can be seen above.

June opened with about 31,000 btc betting price was to rise, but close to a third of it was sold off in the meantime, leaving just 22,000 btc.

As you know going long means you’re buying bitcoin, and then once you close you’re basically selling the coins.

On Bitfinex this buying and selling this year has been a bit too uniform as can be seen in the featured image above. 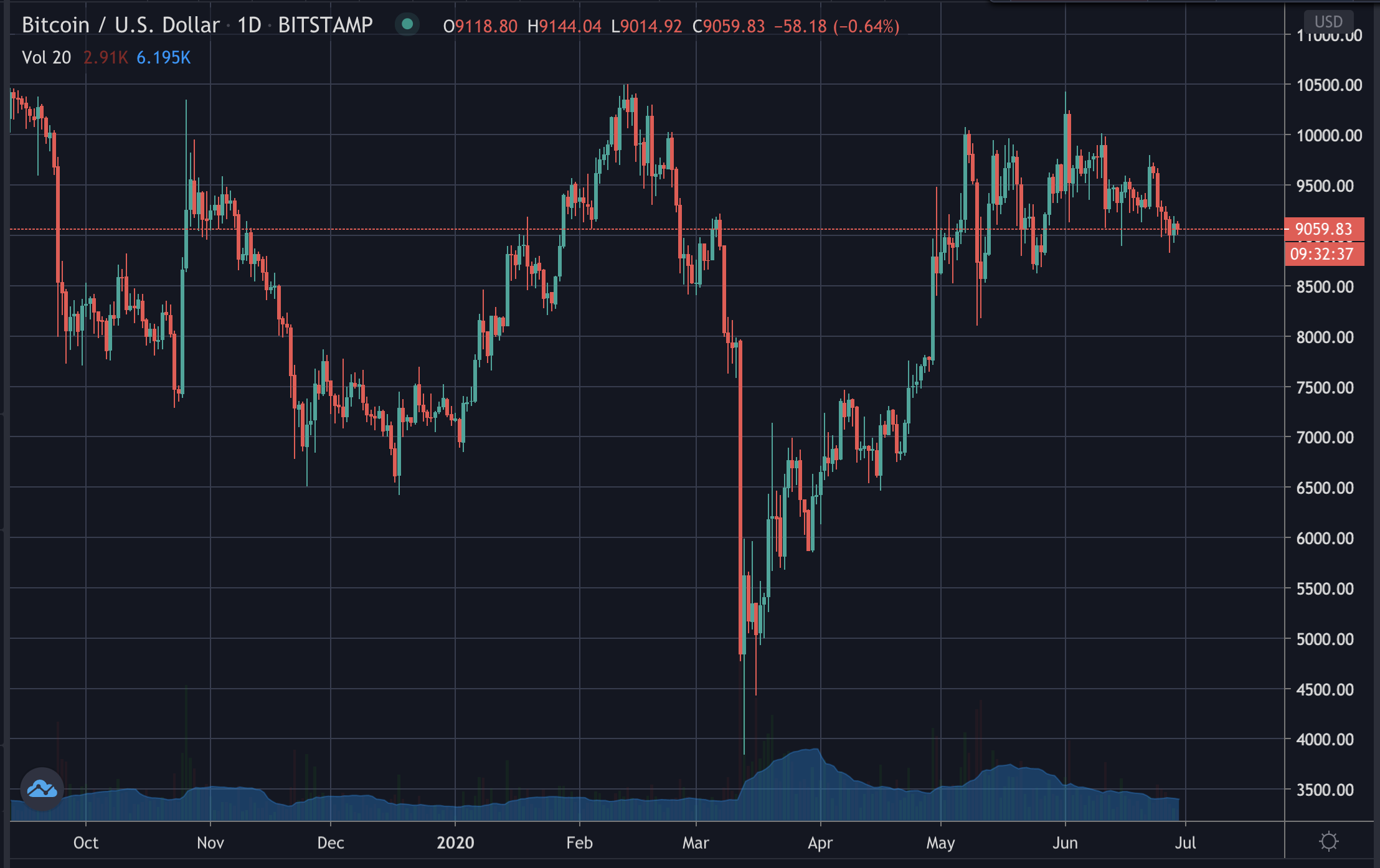 We think Bitfinex publishes their data a few days behind, but you can still roughly see the big M in the featured chart, and then all those little Ms more recently.

The big M makes the little ones look like there’s no movement, but longs are fluctuating by some $100 million and that perhaps translates to the $1,000 price movement that can be seen at the end of the chart.

Moving the market with just $100 million might sound unrealistic, but it might depend on how you do it.

If you market buy the longs, for example, you’ll definitely get some bots fighting you so you probably won’t be clearing the order book on the exchange in question provided it has liquidity.

For an exchange like Bitfinex however you’ll probably also get bots helping you as they rush to other exchanges to buy what might be cheaper coins to sell what now on finex might be a higher price.

You can then slowly sell the long, and then repeat in this $9,000 to $10,000 range that has been going on since what feels like forever.

Obviously at some point that won’t work and you might even get rekt quite a lot if you arrogantly stick to range mode forever, but it has worked so far for those that were able to play the range when arguably it was more “safe.”