The first blockchain to ever exist was created in 2009 by Satoshi Nakamoto, for the purpose of sending payments digitally and anonymously between two parties without needing a middleman to verify the transaction. 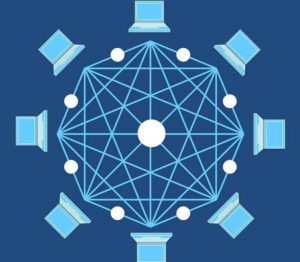 A block is the newest and developing part of a blockchain. It records recent transactions until it is completed. Afterward, the block goes into the blockchain as a permanent database and a new block is generated. All the blocks in the blockchain are connected in linear and chronological order. Each block has the hash of the previous block. The blockchain contains information about the addresses and balances of various users, starting from the genesis block to the last block to be completed.

Blockchains are immutable, meaning that when new data is entered, it can never be erased. Even though the data cannot be erased, consenting parties can update the blockchain and the data can be distributed, but not copied.

The size of a blockchain grows by each cryptographic add of a block and is thought by some to create problems in storage and synchronization.

The code and framework behind blockchains can be a secure, digital alternative to banking services, and a useful tool in financial processes.

But, in spite of its great potential, blockchain technology is still in a growing phase; as a result, setbacks in technology deployment and bugging issues can occur.

For blockchains that issue cryptos, the consensus dictates how new coins are released from the blocks. With PoW, new crypto is created through mining, a complex computational process, and with PoS, new crypto is given to network users by staking them in their wallets. 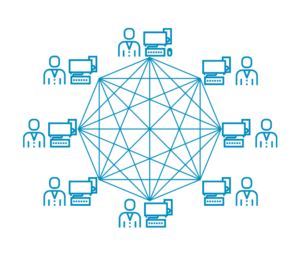 Nodes keep the transaction data in a block and help validate the proof-of-work for the block. An essential concept of the blockchain is the lack of a central node that processes and distributes the data, which ensures that the network will not collapse if one node ceases to work. 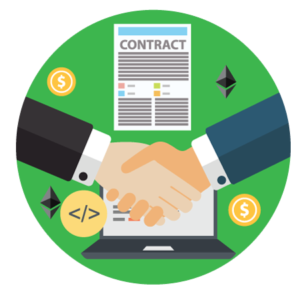 The technology is attracting not only financial institutions and stock exchanges but also people from the music industry, insurance, and Internet of Things (IoT) devices. It has been suggested that it can be used for voting, weapon and vehicle registrations, medical records, as well as to confirm ownership of various artwork.

Given its potential to simplify business operations, new blockchain-based models have started to replace the inefficient accounting and expensive payments in the financial sector.

Hesitant at first, banks have started researching how they can install back-office settlement systems for trade processing, transfers, and other transactions at a higher rate, while also saving them money. 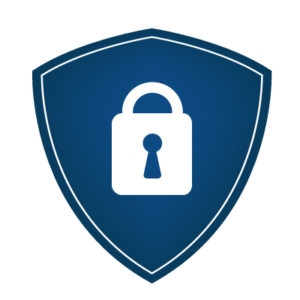 He goes on saying that: “In order to move anything of value over any kind of blockchain, the network [of nodes] must first agree that transaction is valid, which means no single entity can go in and say one way or the other whether or not a transaction happened. To hack it, you wouldn’t just have to hack one system like in a bank…, you’d have to hack every single computer on that network, which is fighting against you doing that.”

No matter how secure it may be, we must keep in mind that no existent system is immune to hacking.

Computing resources are enormously high because technology needs lots of computers to find transactions and make or discover the blocks. To give things a perspective, the Bitcoin blockchain amasses a computing power varying from 10 to 100 times much more than all of Google’s combined serving farms.

“So again, [it’s] not un-hackable, but significantly better than anything we’ve come up with today,” – Tapscott. 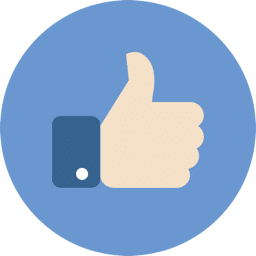 Distributed ledger technologies will have the most impact in the following three areas:

Accounting systems are more expensive to maintain in comparison to electronic ledgers, and it also reduces the number of staff.

Distributed ledger technologies eliminate repetitive confirmation steps and have far fewer errors due to the fact that the system is almost fully automated.

Less capital will be held in pending transactions if the processing delay is minimized.

DLT also saves brokers from putting more money into unsettled trades. The technologies’ transparency makes it easier to be audited and save money in anti-money laundering regulatory compliance costs.

Removing almost all human involvement will prove beneficial in cross-border trading, saving time because it is not affected by time-zone and the processing of all of the parties’ confirmations on their payment.

Blockchain technology can enable people to verify the authenticity and origin of their products, as the information recorded on the ledger cannot be tampered with and is completely transparent.

US-based Verisart created a blockchain system for the auction market, called P8Pass, that records the details of artworks on the Bitcoin Blockchain. The company offers galleries blockchain-enabled certificates that prove the authenticity of artworks. 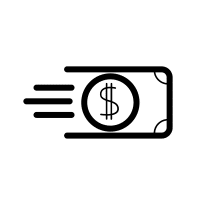 Even though there is a big hype now with blockchains, the technology is still new, and there are many strides to be taken before we can fully use it to its full potential.

Blockchain technology offers a lot of benefits, and the means to create flexible and secure businesses and operations. It remains to be seen if companies will succeed in adopting this technology and produce services and items which will interest customers. So far, the demand for blockchain-based services is rising, and the technology is evolving at impressive rates. It will also have a massive impact on the global economy, mainly thanks to a continuously growing list of real-world applications. But it will take time for people to develop and master the many uses of this technology.

Blockchain technology has endless potential applications. At the time being, some of the said applications are still in developmental stages or in beta mode. More and more investors are pouring money into blockchain startups, so it will not come as a surprise if distributed ledger services will become mainstream products in a few years.