Stellar Lumens (XLM) Technical Analysis: Outperforms the Top 10 but Can This Support Continue?

Stellar rises to the top today, gaining 5.79% against BTC and growing, leaving a vast majority of the top 10 crypto behind in the red.  Stellar has been making the rounds, in the news recently, starting off with a rumor that circulated from Business Insider that Facebook was interested in working with Stellar to explore new blockchain-based services. Facebook has since denied all allegations of this supposed partnership, Cryptovest reported earlier today.

Secondly, Stellar has confirmed a genuine partnership with Shift Markets, who, according to their official website state that they are ‘a turn-key solution to start a cryptocurrency exchange or brokerage’. The union with Shift Markets will help increase Stellar Network’s reach and introduce Stellar to a large network of liquidity providers.

With all eyes on XLM right now, for how much longer can we expect this bullish support to hold out? Let’s take a look.

The Story So Far

Looking at the XLM/BTC chart over 1hr candles, we can see that buying momentum is starting to correct downward since the bull run this morning. Over the last four hours, the price action was able to break into the bull target zone between 3,742 and 3,778 Sats two times, but bearish opposition has started to mount against the asset, forcing XLM back towards the lower support region at 3,645 Sats. 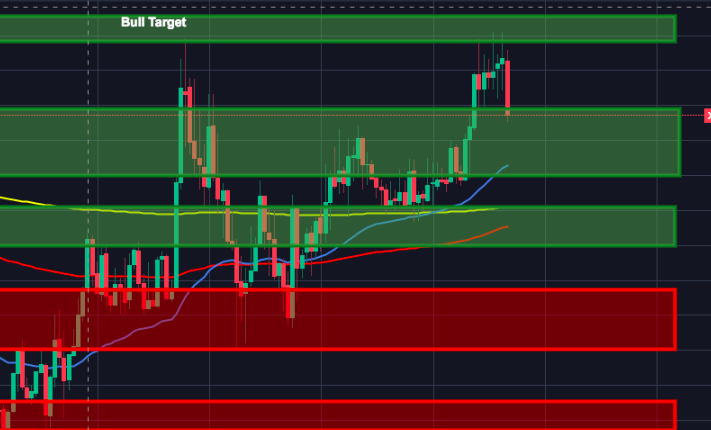 Right now a fight between bulls and bears is taking place, with bears trying to break the current support and bulls attempting to springboard back into another run.

On the indicators we can see that a number of promising bullish signals have arrived for XLM that suggest it may be about to retest the bull target zone above, including;

From these indicators we should expect XLM to relaunch into another bullish phase and eye down the 3,742 Sats resistance as the first target. There may be some further selling pressure in the interim as BTC bears start to lurk again; where the lower support region at 3,550 Sats may be tested before we see XLM buyers push back.

All price targets are set from the current support region at 3,646 Sats. 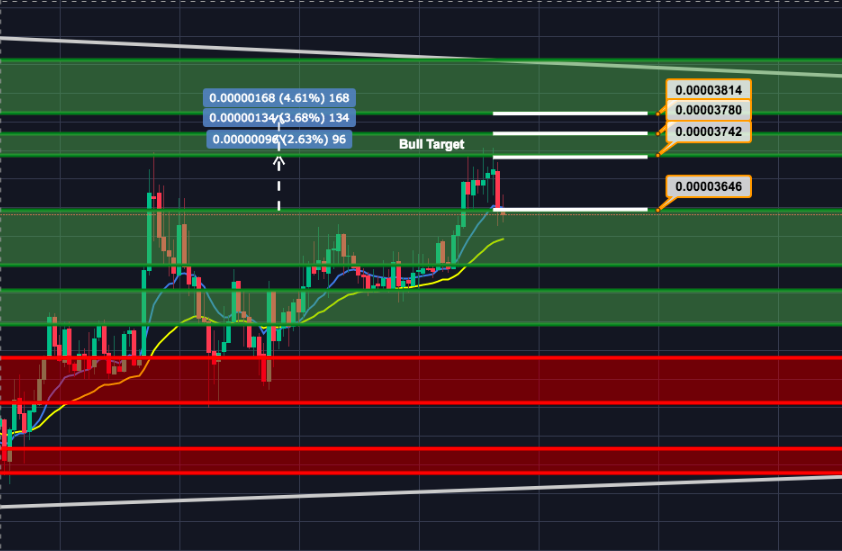 Price Target 3: From there we would expect the asset to be moving towards a pattern breakout, finding the next bearish resistance along the way at around the 3,800 Sats mark. (4.61% ROI from 3,814 Sats).