NEO continues to unravel away from $20 with a further -4.47% drop against BTC today. The formerly hailed ‘Chinese Ethereum’ is currently the worst-affected cryptocurrency in the top 20 from the latest bear market decline. Since the Chinese government increased its crypto ban on August 22 to include commercial activities such as advertising and journalism, NEO has seen a marked decline in investment and volatility as the additional regulation spooked investors.

This week, the Neo project celebrates the second anniversary of its mainnet launch, which took place back on October 17, 2016. To mark the occasion, Neo Global Development (NGB) announced a series of new competitions as well as a new partnership with Arqit, to boost community support and encourage new investment. The new strategic union with Arqit will see NEO move forward with developing resistance to quantum computing. Here is also their latest R&D roadmap to get an idea of the project’s plans for the rest of Q4.

Will this new effort to stimulate trade be enough to attract bullish traders back to NEO? Or has the Chinese Government’s overregulation driven the nail in the coffin for this asset? Let’s take a look.

Diving into the 1D NEO/BTC chart we can see that NEO has been oscillating sideways inside a channel between a 246,300 Sats support and a 337,300 Sats resistance since August 17th. The lack of volatility that has caused this lateral movement could be attributed to a departure of traders out of the NEO market, no doubt fuelled by the increased Chinese regulation.

Right now NEO is lingering back around the strong support at 246,300 sats after the recent crypto market dip, which is now looking promising as NEO’s bottom level as bearish traders cease to attempt to drive its price any lower.

Looking at a number of indicators we get the impression that NEO is either likely to hold at this level or break bearish below it, unless big news or a change in regulation is able to lift investor spirits soon;

All price targets are set from NEO’s current value at 253,900 Sats. 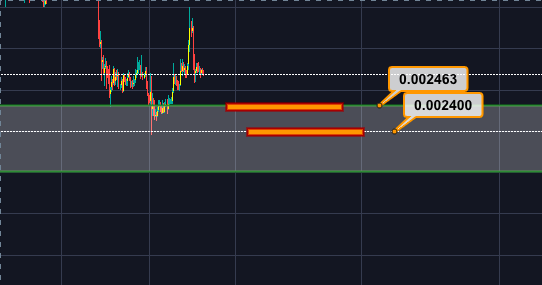 Price Target 2: If bearish sentiment continues we could see this support fail and find the next foothold further down around the psychological 240,000 Sats mark. (-5.44%)