Ethereum’s price was slashed by almost 22% over the past three days, with its value recorded to be $196.80, at press time. The drastic fall in Ethereum’s price on 7 March led the way for on-chain liquidations worth $5 million. According to Token Insight’s Ankit Chiplunkar, 40% of those liquidations took place on DyDx, while 59% took place on Compound to cover for issued loans.

Ether has been the go-to asset for most DeFi DApps as they were launched on Ethereum. However, as the price of the asset continued to fall, the liquidation also caught momentum.

“In the last 3 days $ETH price fell by 18%. Time for another round of liquidations. A total of $5M loans have been liquidated on-chain. 40% of those liquidations have happened on @dydxprotocolDyDx while 59% were on Compound.” 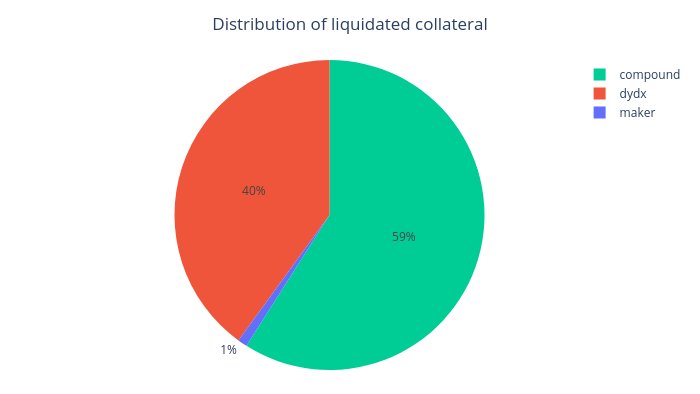 DeFi made it easier for users to borrow capital without having to undergo the tedious process of paperwork or the requirement of an intermediary. Through smart contracts, the user just requires Ether as collateral, with the loan issued in stablecoin, Dai. However, another stablecoin, USDC, has been popular among DeFi DApps as well.

It was hoped that as long as DeFi loans were popular among the masses and investors earned higher interest in lending their coins, the rates on DeFi will be high and might even surge when the price drops.

However, as one would notice, this did not happen. Ethereum‘s price slumped and along with it, down went DeFi loans. DeFi loans have been correlated directly to Ethereum’s performance in the market; thus, a falling price triggered the liquidation of loans on the aforementioned platforms.

According to Chiplunkar’s observations, one liquidation event earned a profit of $21.6K Dai through the liquidation of a $600k Dai loan. It destroyed 51 contracts [via gasToken] with low gas and a fee of only $2.2. In fact, another paid $580 in fees to earn a profit of $2.5k Dai through a single transaction.

A total of 157 transactions paid a fee of above 1 ETH to miners and all were related to liquidation events. However, not all liquidations succeeded as one of the liquidators paid 4.5 ETH [$930] in fees, but was unable to liquidate, contributing to the user losing all the fees in the process.

“I have observed liquidators performing non-profitable liquidations in an attempt to dry out the competition.”