Consequences of the bearish rally over the last week of February have caught up with a multitude of major digital assets across the industry.

According to Coinmetrics’ latest State of the Network report, the CM Bletchley Indexes were negative for all the major coins, including major assets like Bitcoin and Ethereum.

Surprisingly, Bitcoin was the best-performing crypto-asset over the week with a negative return of 14 percent on the CMBI charts as the other CMBI indexes registered a greater depreciation, when denominated in Bitcoin’s value.

As observed in the charts above, after performing substantially well for 9 straight weeks, the positive incline for Ethereum recorded a nose-dive after being one of the worst crypto-performers over the week. The index saw a 20 percent dip during the week, with the Bletchley 20 (for mid-caps assets) reciprocating a similar level of poor performance. 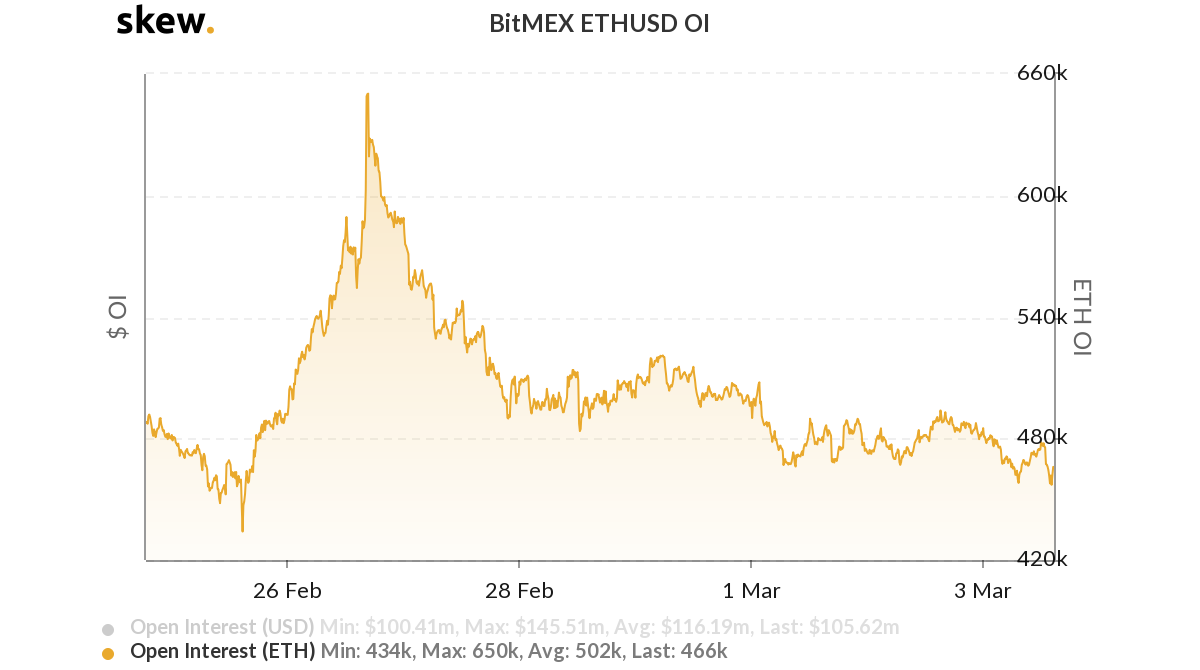 From an institutional point of view, Ethereum Futures did not register any positive sentiment on BitMEX as well, as the ETHUSD Open-Interest pictured a significant decline. The Open Interest slumped from 657K on 26 February to 467K, at press time. The Open Interest on retail exchanges faced a similar conundrum as daily volumes on institutions such as Deribit and Kraken attained low aggregated volumes over the past week. However, a neutral reason for the low trading volume on these platforms could be due to the expiry of February contracts on the 27th.

In spite of the uneventful past two weeks, Ethereum managed to register an overall positive return of over 25 percent, whereas other crypto-assets managed to incur returns ranging from -5 and 5 percent.

On the other end of the spectrum, Bitcoin’s massive rise over the first two weeks of February was invalidated and nullified as it was the worst-performing index with monthly returns of only 6 percent.

With February now in the rear-view mirror, a breakaway from the correction period may trigger a period of fruitful movement for the world’s largest digital asset.