The bullish sentiment back? Bitcoin has been surging by 8.47%, at press time. The sudden increase in its price has pushed the price of the largest cryptocurrency to $6,613.92. 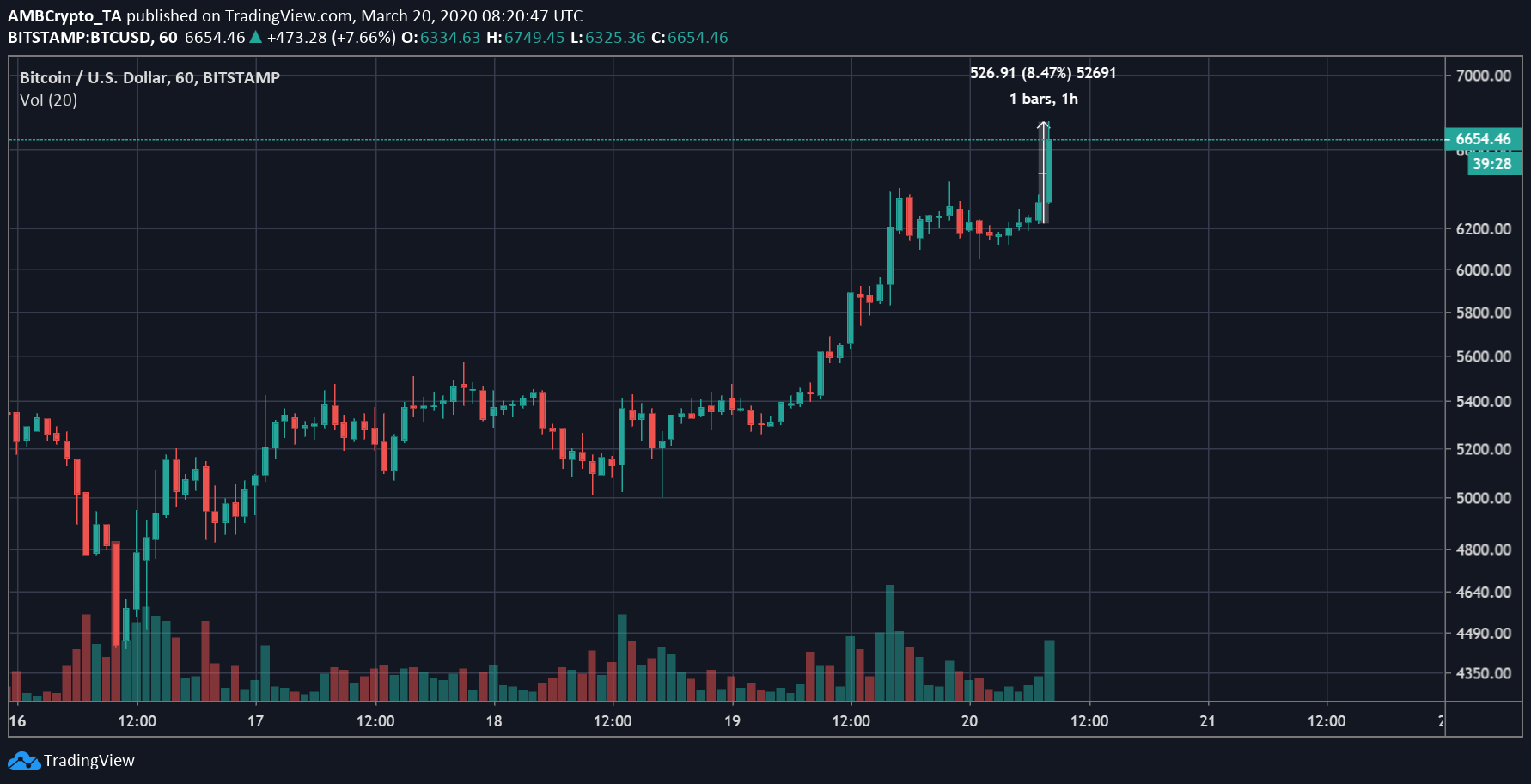 The price of the largest crypto-asset had touched $3k level and been on the road to recovery. On 19 March BTC price showed positive upswings along with significant volume to hold the price up. It surged by almost 15% in a day, and was able to breach the $6k barrier. Similarly, traders appeared to long on BTC on 20 March, as the price of the coin reached $6.7k and might try to break above $7k.

According to data provided by Skew, BTC futures on BitMEX were showing two significant liquidations in the market. On 20 March, the first set of liquidations took place at 01:00 UTC, wherein a total liquidation of $3.1 million took place and as per the charts, buy liquidations were stronger, meaning more traders are expecting the price of BTC to rise and were longing on it.

The total liquidations on the platforms in a day were about $89 million, which was contributed mainly bu Buy liquidations with $72 million, whereas, $17 million was the sell liquidation. The users must have shirt the coin after suffering losses to cut-even.