Showing clear signs of revival, Bitcoin went up by a whopping 21% between 23 and 24 March. During this time, the king coin’s price climbed close to the $7,000 level. However, despite continuously trying to establish a higher foothold after the great fall in the second week of March, Bitcoin again retraced its steps back to the $6,560-mark

In what appears to be a revival of confidence and faith in the market, buy liquidations worth $76 million in total were registered on BitMEX, at press time, with the highest single transaction liquidation found to be $648k. The latest data from Skew markets revealed that this figure dominated sell liquidations which amounted to $62 million.

These figures brought it to a total of around $138 million worth of Bitcoin long and short positions.

However, the crypto-market has continued to sustain market corrections, something that was evident in the rise in sell liquidations, after the fall of Bitcoin’s spot price from $6,900-level to the current price on 25 March, despite the fact that this number is still lower than that of buy liquidations for BTC Futures on BitMEX. 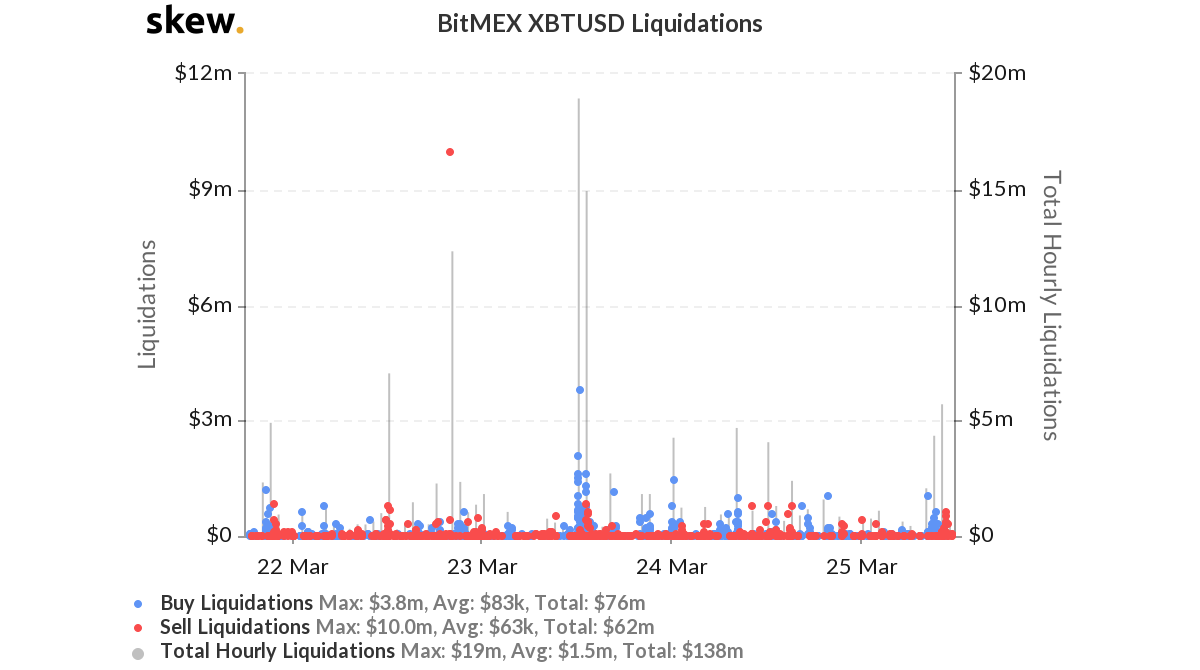 The massive drop and sell-offs crypto’s spot price to 2020-lows affected the derivatives space as well. However, the latest trend is indicative of a renewed interest in the market, with buyers stepping up as Bitcoin’s price gradually recovered, even as minor corrections continued.

Besides, thanks to Bitcoin’s high correlation with the other crypto-assets, this sentiment was not just limited to the king coin’s derivatives market. The second-largest cryptocurrency, Ethereum, has closely mimicked Bitcoin’s price, and its correlation remains one of the strongest with a coefficient of 0.88, according to data charted by CoinMetrics.

Ethereum has also surged significantly after the crash, even as it remained trapped in the $135-level, at the time of writing. 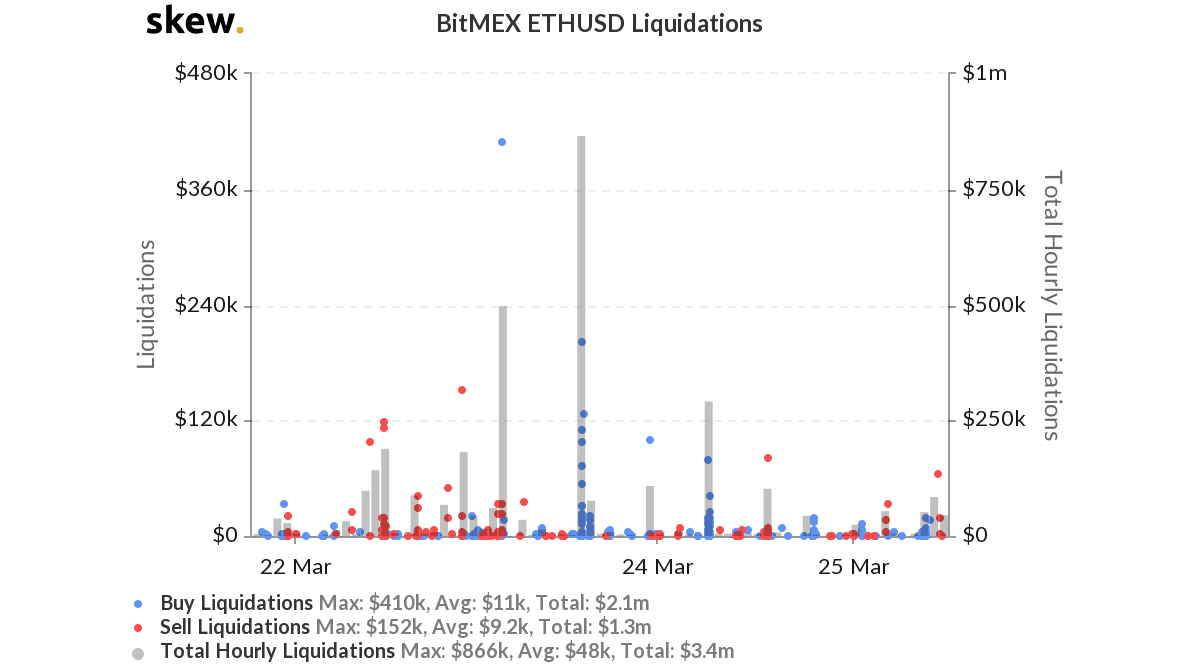 Liquidations rose in ETH Futures on the crypto-derivatives platform BitMEX following the surge in its spot price. A total of $3.4 million liquidations took place, at press time, which accounted for $2.1 million of buy liquidations and $1.3 million of sell liquidations.