Are ‘illiquid Bitcoins’ no longer a concern? The circulating supply of Bitcoin, at press time, was 18,591,375 ~ 18.6 million. That is close to 88.6% of the total supply. Now, even though each token is worth close to $31k, understanding the state of liquidity gives a better perspective of its value.

According to Glassnode’s latest report, illiquidity is on a rise in the current market as investors have continued to accumulate Bitcoin at a rapid pace. In the traditional marketplace, an illiquid asset might strike fear in the investor’s mind. However, for Bitcoin, it is currently the opposite.

As previously reported, Bitcoin’s current illiquid supply consists of 78% i.e 14.5 million BTC. This illiquidity is increasing year by year as the supply was recently halved during the last Bitcoin halving in May 2020.

However, being illiquid in a bull market is a healthy bullish sign. Here’s why –

Over the past year, the narrative of hodling has taken flight with respective institutional and retail traders. People are holding more and more Bitcoins and some of them hold a huge portion of the same in cold wallets.

Now, these investors are storing Bitcoin with a long-term perspective in mind. Hence, practically removing them from the circle of trading leads to the reduction in liquid Bitcoin.

So, for Bitcoin, liquidity is only extended or improved when an address spends it and receives a value. Any address keeping away from BTC transactions will garner zero liquidity for the Bitcoin under its portfolio.

It is worth noting, however, that at press time, only close to 4.2 million BTC, i.e 22%, was under constant circulation available for buying and selling.

It certainly looks like that will be the case.

The report added that inventory depletion of spot exchanges has been limited over the past few days. It means fewer exchange outflows are taking place for BTC, a finding that may indirectly suggest the completion of the accumulation phase. 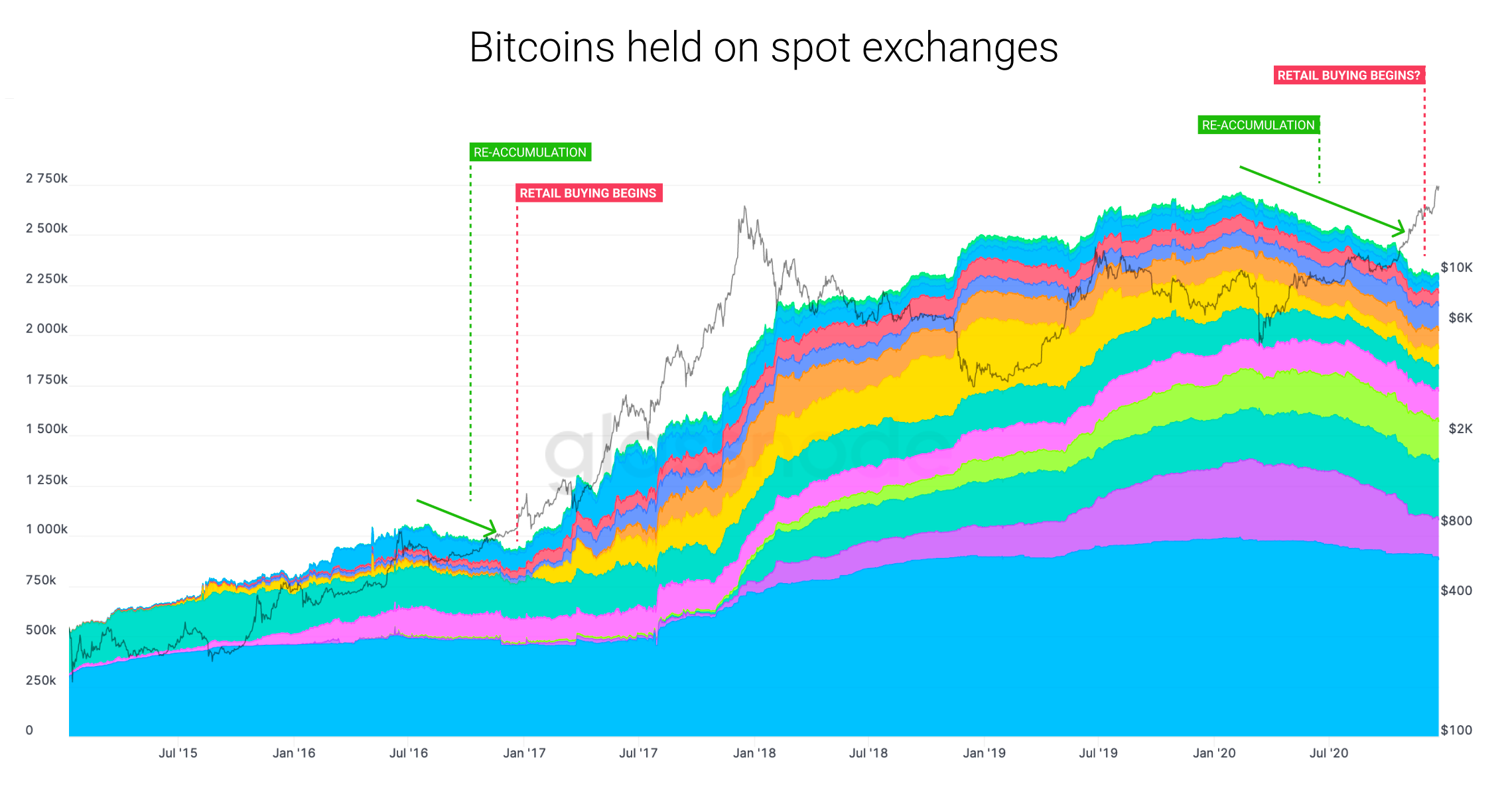 The same flattening of spot inventory was noticed before the 2017 bull run. The report said,

“Since we already know institutions are buying in large quantities, the flattening of spot inventory depletion is a sign that retail buyers are now entering in large volumes, attracted by recent price rises.”

All the pieces are currently falling in place for BTC. With supply, illiquid stature, and the transition to high retail volumes, we are possibly entering a long-term bullish rally.