XRP was traded the most on the RightBTC exchange which was responsible for 11.26% of the overall trade. 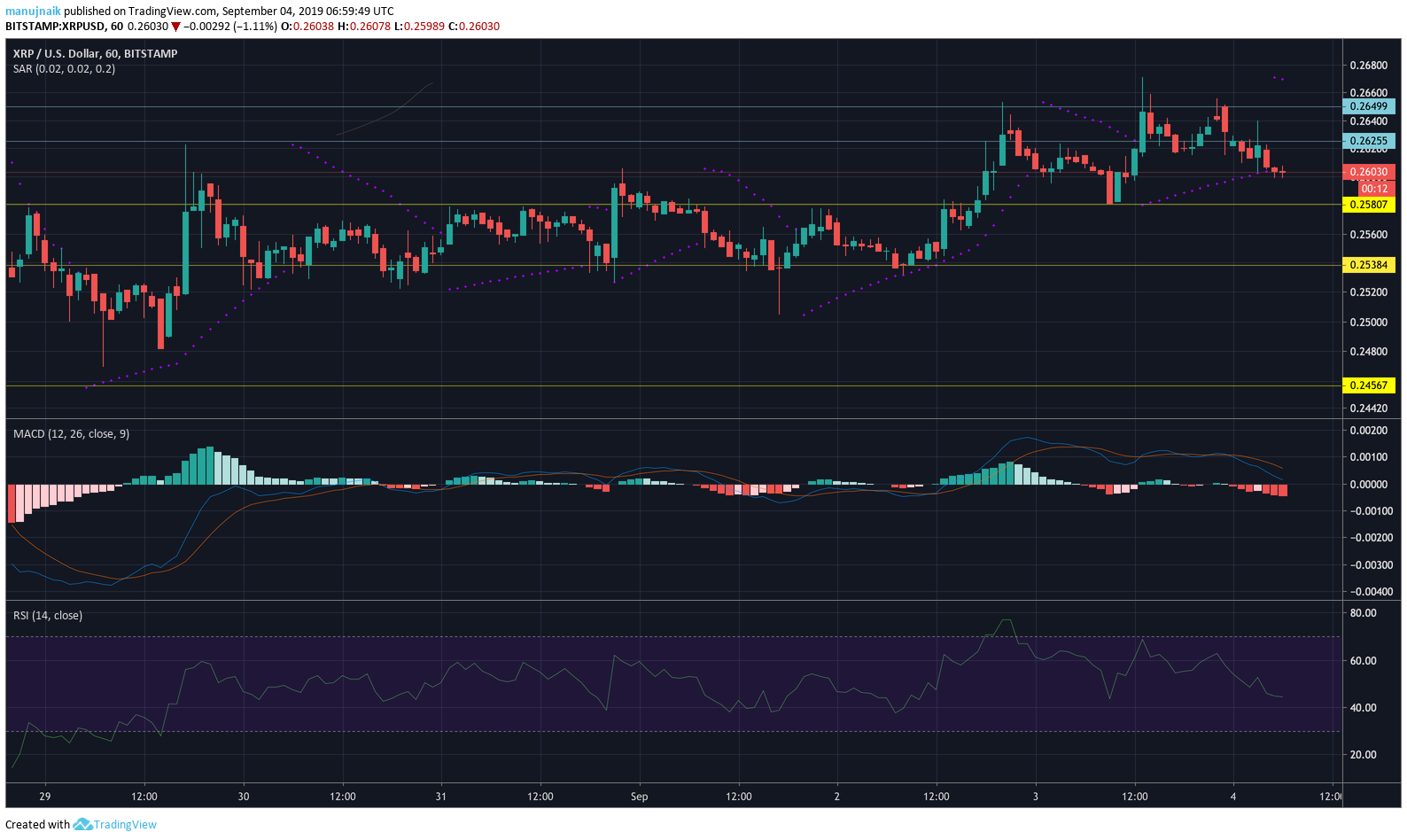 Relative Strength Index, moved between the 60 and 40 mark lines, indicating the token had been neither oversold nor overbought.

Parabolic SAR suggested a bearish short-term as it crossed over from under the candles.

The MACD line remained bearish on the short term as the blue line crossed over the red line into a downwards trend. 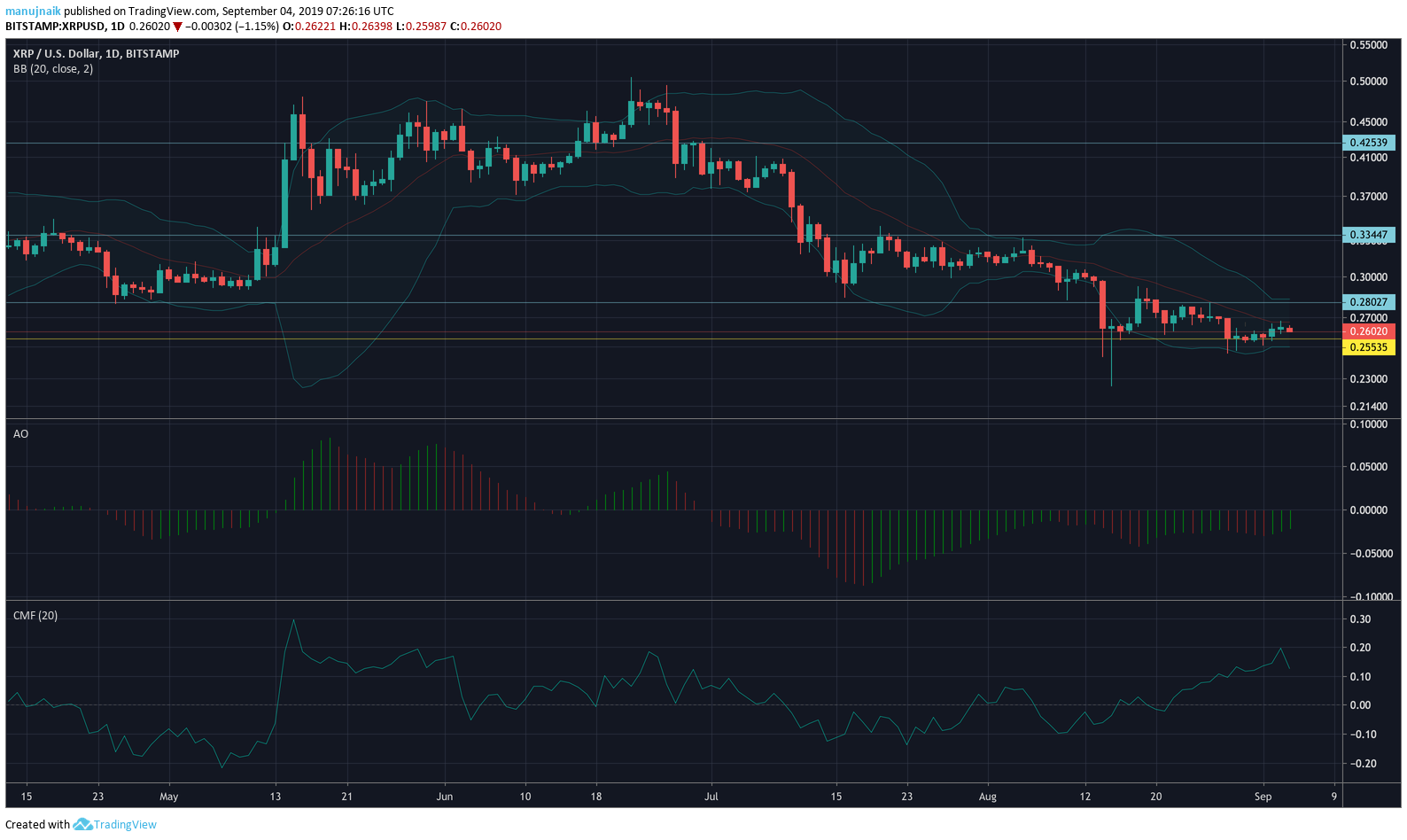 The long term chart indicated that the price of XRP had been oscillating between Resistance 1 and Support 1 for over two weeks. After the price has been on a bear run since late June, the price attained sideways movement without any resistance breach.

Awesome Oscillator exhibited the appearance of green but the bullish momentum was fairly weak.

The slight converging of the Bollinger Bands indicated that price volatility has reduced at press time.

XRP looked to be bearish in the short-term and the long-term charts indicated low volatility and slight bullish movement.