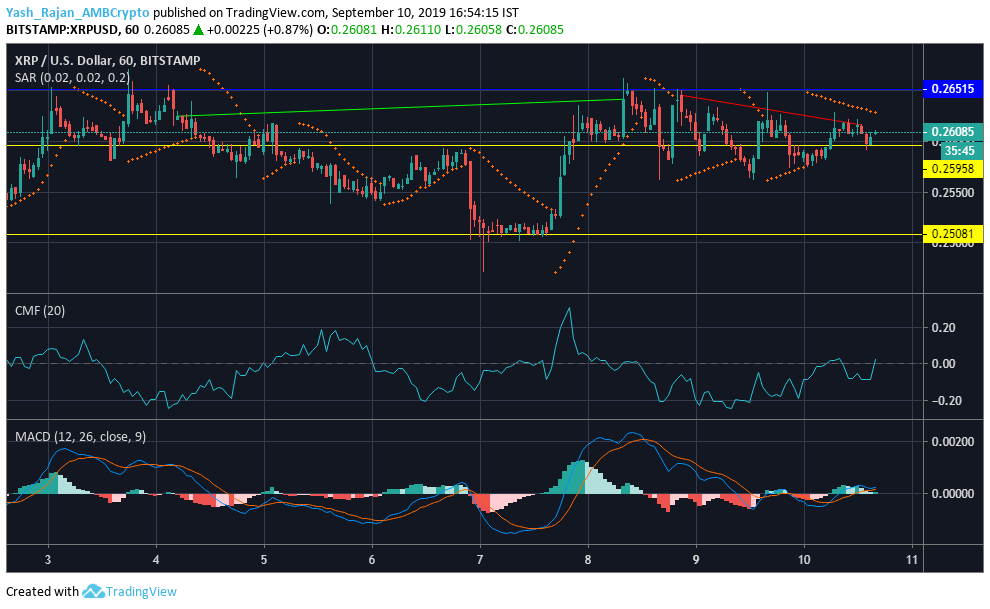 Parabolic SAR pointed towards the bearish trend as the dotted markers were present above the candles.

Chaikin Money Flow or CMF was positioned just above zero-line at 0.02. As it remained above the zero-line, it indicated that a significant amount of capital was flowing into the market.

The MACD line crossed above the signal line, revealing a bullish trend with a slight chance of reversal. 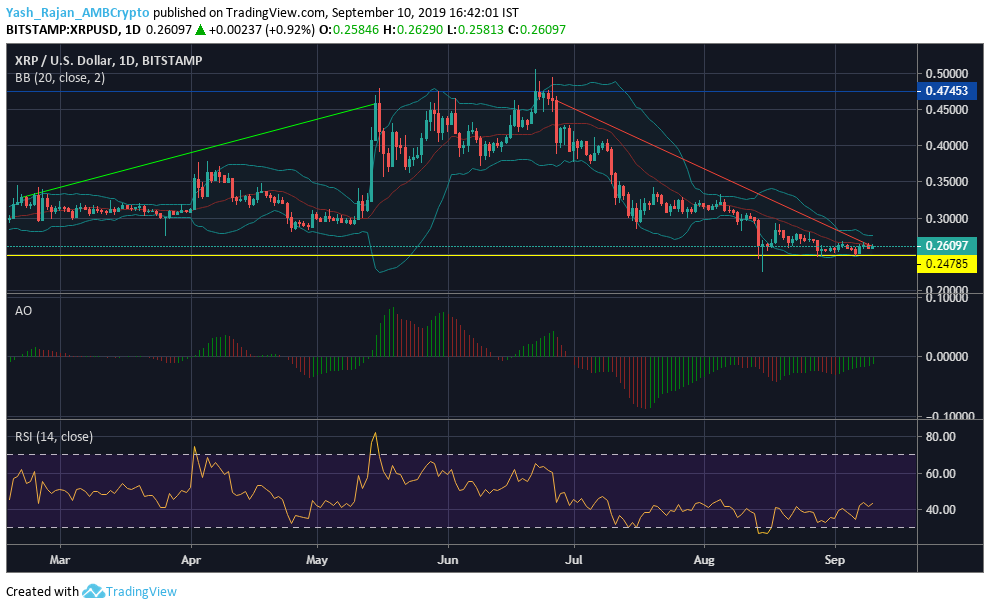 The Bollinger Bands were squeezing, picturing a reduced amount of volatility in the market.

Awesome Oscillator conveyed that long-term momentum was greater than the short-term momentum. With a bearish setting opportunity, the green lines appearing at the end further indicated the possibility of a bullish market ahead.

The RSI indicator stood at 43.39, displaying that selling pressure was high.

Charts revealed that XRP was present in the bearish zone, as exhibited by indicators.