Tron records highest number of new DApps, active users in first half of 2019 Tron, the tenth largest coin on CoinMarketCap, noted significant growth over the past few days, helping the coin climb up the ladder and strengthen its position on the charts. Tron’s ecosystem has been flourishing lately due to the contribution of its DApps and after the end of 2019’s first half, Justin Sun, CEO of Tron, shared a crucial DApp review report with the community.

Sun noted that Tron had the largest number of new DApps and most active users, beating its competitors namely, EOS and Ethereum. Sun said, 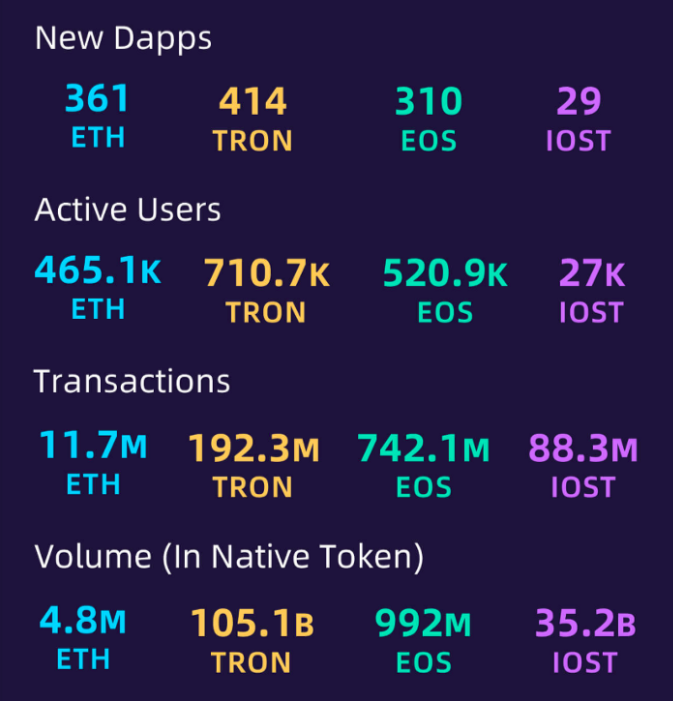 Apart from Tron’s DApp achievements, Tron became the fifth largest coin on CoinMarketCap, with respect to CMC’s Fundamental Crypto Asset Score [FCAS]. The tenth largest token’s FCAS was reported to be 861, which is just 26 behind the king coin, Bitcoin. FCAS aims at providing a comparative index to measure the fundamental health of projects and Tron looks healthy, especially with the recent BTFS launch.

Tron also exceeded the block height of 10.47 million and the total number of nodes is at 1,328. The ecosystem might see another rally as the day for Sun-Buffett charity lunch dawns closer. Justin Sun placed the highest bid to win this and he would be taking few of his crypto-friends to discuss cryptocurrency and more, with the investing mogul.