The collective cryptocurrency market had undergone a bearish move following Bitcoin’s dip in price after the Bifinex-Tether fiasco unraveled. Due to the market dominance of Bitcoin and its domino effect on altcoins, Tron, along with other tokens, found it difficult to beat the pullback and was down by 5.77% over the week, at press time.

However, despite the adversities, Tron Foundation was persistent in developing its DApp blockchain space to ensure that community sentiment was in its favor.

This effort from the Foundation proved to be fruitful as the total number of daily Tron DApp users crossed 50,000 over the past week, according to its weekly DApp report. Smart contracts on its platform also reached a short-term high of 779, while its 24-hour transactions noted a 10% rise when compared to the week before.

According to a tweet by Misha Lederman, an ardent supporter of the Tron Foundation, Tron DApps seem to be dominating the space. The tweet said that according to DappRadar, a platform that tracks decentralized applications, seven out of the top-10 most-used Dapps were Tron-based.

Data from DappRadar further mentioned that four out of the top-six DApps in terms of their 24-hour USD volume were also Tron DApps. 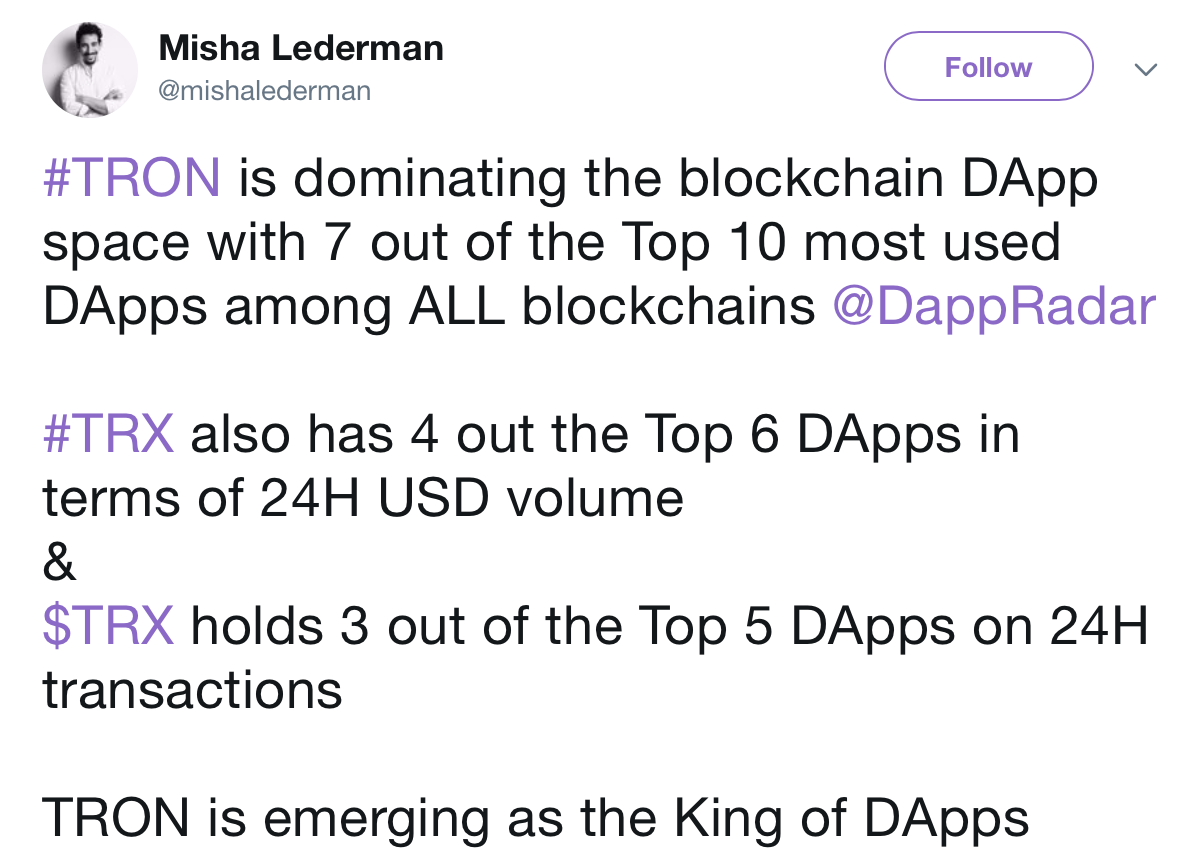 The top two most-used DApps, ENBank and PRA Candybox, were based on the EOS protocol. However, Tron protocol-based DApps LiveGaming, Gakex, TRONbet, TronVegas, TronBank, Royal Online Vegas and Bankroll occupied a majority of the Top-10 list. 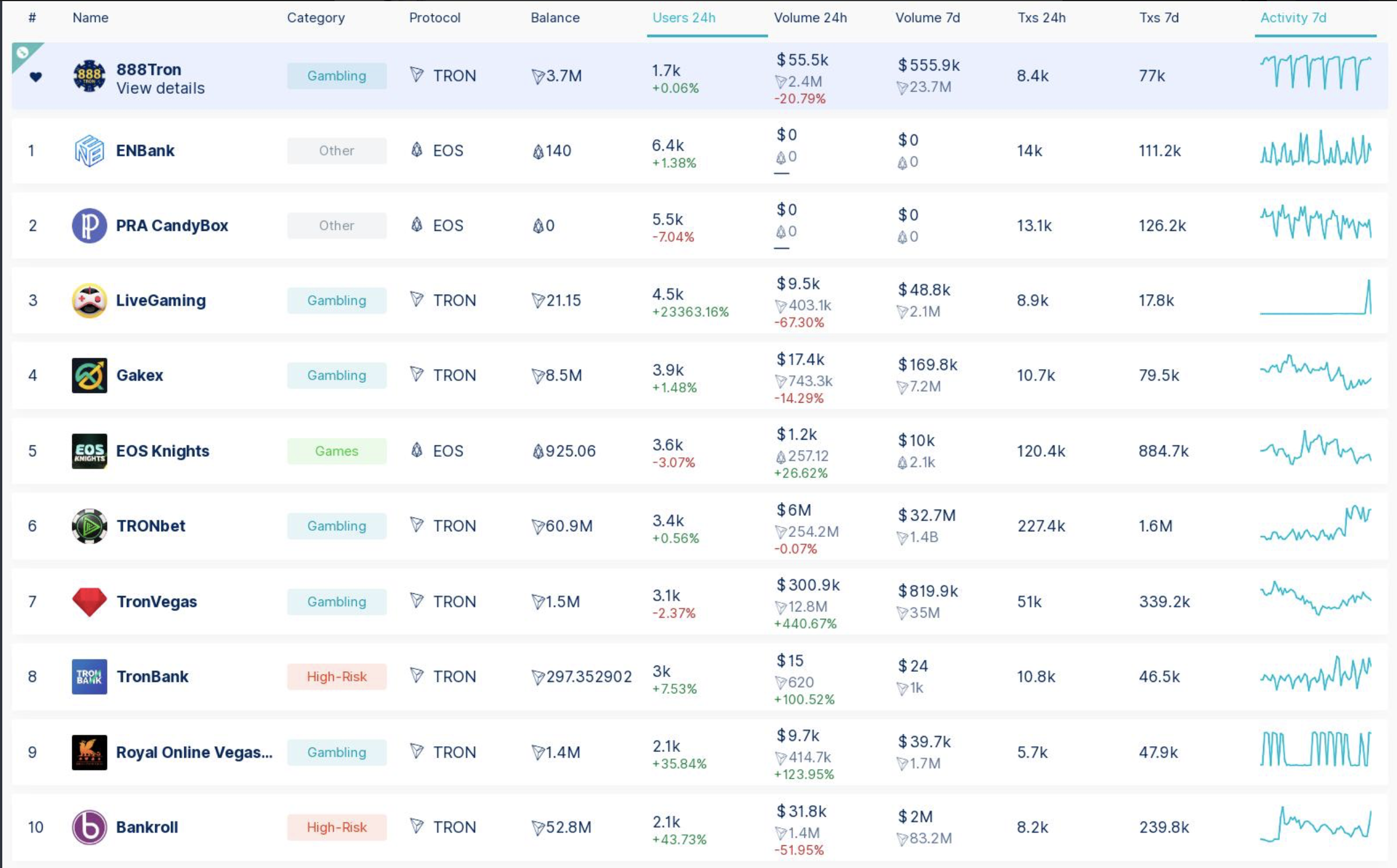 Conversely, a Twitter user @Spitfire_988 had a different perspective on the list collated by DappRadar. He said that Tron DApps severely lacked diversity:

“I’m all for Tron, but every one of these apps is a gambling app. They need more diversity.”

This was a valid observation as five of the seven Tron DApps on the top-10 list were gambling-based, while the other two were high-risk DApps.