The advancements in the cryptocurrency industry have been multifold, with developments in the core areas as well as in ventures aimed to build the ecosystem as a whole. Tron, which has been touted as the leader of announcements and updates, was back in the news when DApp.com revealed that Tron was miles ahead of its competitors such as Ethereum and EOS in terms of DApps growth.

The area of decentralized applications has become a heated battleground with several major players vying for an opportunity to establish dominance. Justin Sun, the Chief Executive Officer [CEO] of the Tron Foundation had tweeted about the news, saying: 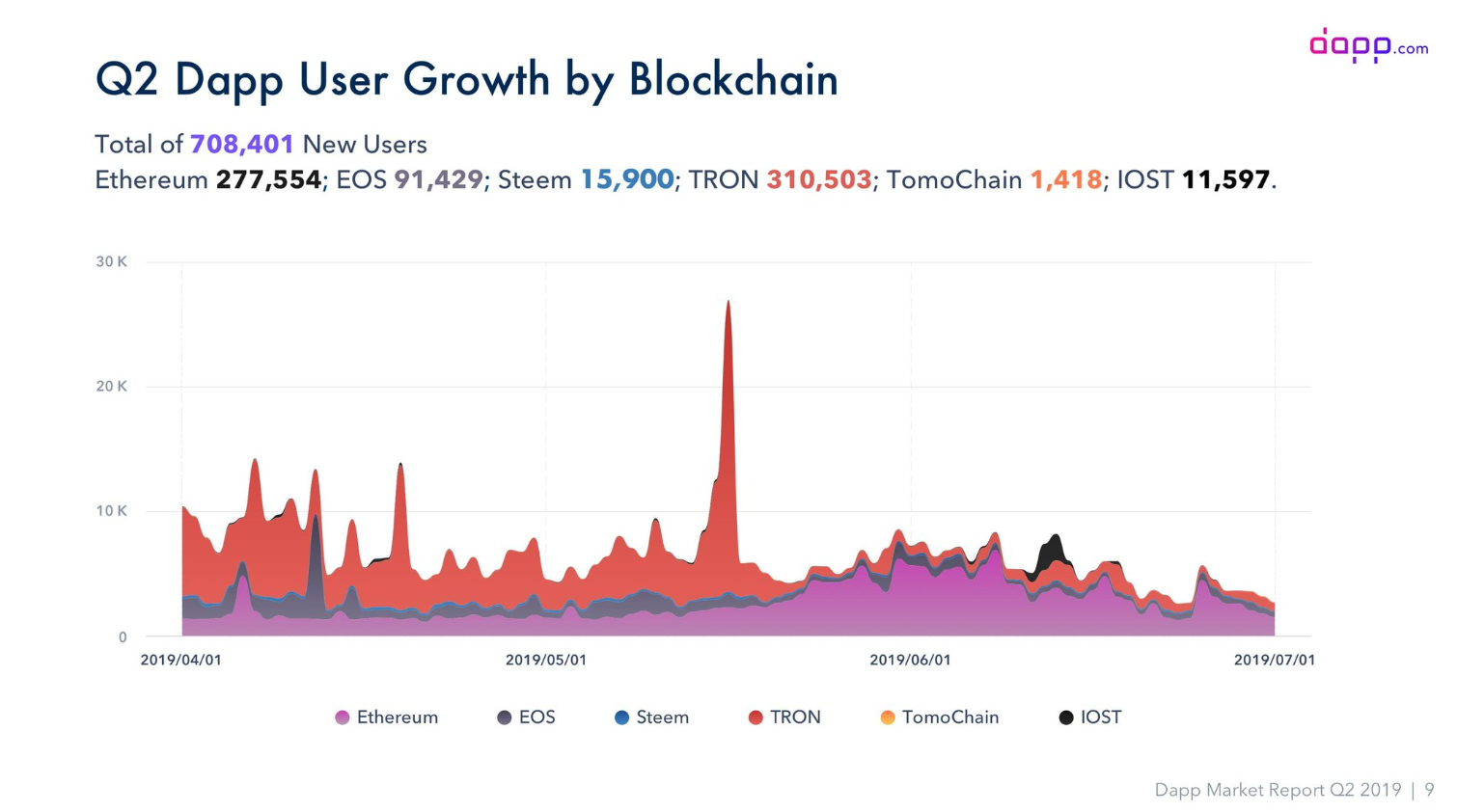 While Tron added 310,503 DApps during the second quarter, ETH added a respectable 277,554 DApps to its roster. The third major competitor in the DApps space was EOS and the sixth largest cryptocurrency was only able to onboard 91,429 DApps to its blockchain. The importance of DApps was displayed in the revenue generated with dapp.com reporting $3.28 billion worth of transactions. Dapp.com stated that the number of DApps on Ethereum, EOS, Tron, Steem, TomoChain and IOST amounted to a whopping 1,460 with 484 of the total being new additions.

The research further shed light on the number of active users in the DApp ecosystem and how they interact with the blockchain ecosystem. Gambling was still the kingpin in terms of usage with 39 percent of all DApps skewed towards the gambling sector. Gambling was followed by exchange-related DApps, games and social media DApps.

The DApp dominance was not the only thing in Tron’s kitty as a CoinMarketCap report had recently said that the Justin Sun-led cryptocurrency was the fifth largest cryptocurrency with respect to CMC’s Fundamental Crypto Asset Score [FCAS]. According to the FCAS score, Tron was just 26 points behind Bitcoin, which led the pack.