After the strong rally exhibited by Bitcoin, the world’s largest cryptocurrency was recording some major devaluation. Bitcoin surged to $12,764 over the last 24 hours after a massive hike at 01:00 UTC on 9th July. However, the price was falling significantly at press time, with a fall of over 3.63 percent in a span of 18 minutes. 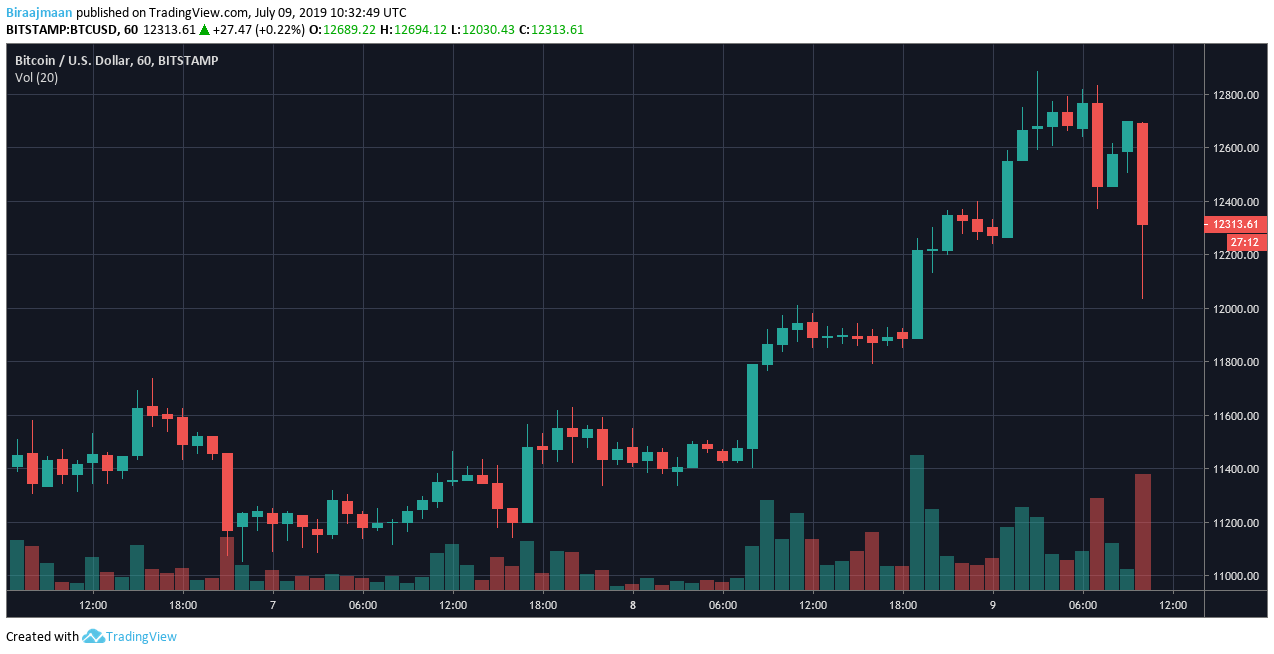 The price started to plummet from $12,691 at 14:00 UTC on 9th July and at press time, the valuation was treading $12,298. The volume indicator in the chart also suggested that there was massive movement of BTC in the market.

Many online have speculated that the aforementioned slump in price was unfolding due to a huge sell order that was put up on Binance exchange. An order of 7350 BTC was made live on Binance, which was equivalent to nearly $100 million. The community speculated that due to Bitcoin going over the $12,764 mark, a Bitcoin whale went out of his way to sell out at the listed market high. 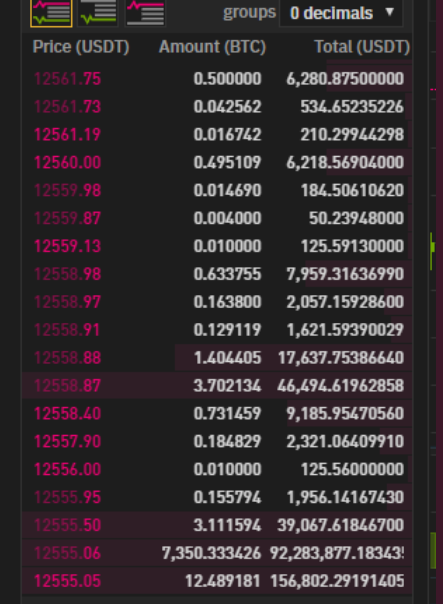 A Twitter user calculated the selling time and claimed that the entire order of Bitcoin was sold in less than 23 minutes on the exchange, which by extension had a huge impact on the market.

Further, it was also noted that Binance recorded a trade of Bitcoins worth over a $1.01 billion over the last 24 hours, implying that the present rally was significantly impacted by the activity carried out on Binance.